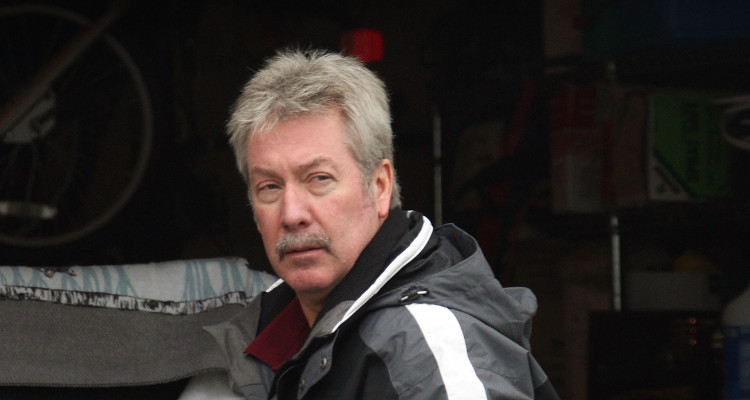 Here’s a look into Drew Peterson’s story. A police sergeant and convicted felon, he was all over the news in 2007 when his fourth wife disappeared. We’ve managed to find some lesser known facts about him and an answer to the pressing question: Where is Drew Peterson now?

Born on January 5, 1954, Drew Walter Peterson is a retired police sergeant and convicted felon from Bolingbrook, Illinois. He was featured on nearly every news channel in the United States in 2007, after his fourth wife, Stacy Peterson disappeared. Fingers were pointed at Drew, owing to the unnatural death of his third wife, Kathleen Savio. Her untimely death occurred only a few months after her divorce from Drew. In 2004, Savio was brutally murdered and found dead in her bath tub, with multiple bruises found on her body. In 2012, Drew was convicted and sentenced to 38 years in jail. Because of all the hype and media attention, a film was made on his life story. Drew Peterson’s movie, Untouchable, was directed by Mikael Salomon and was released in 2012. We’ve managed to find shocking details and an update on Drew Peterson’s life. To know more about this criminally sharp mind, take a look at our Drew Peterson wiki.

Who is Drew Peterson?

Born in 1954, Drew Peterson’s age is 63. In 1972, he graduated from Willowbrook High School in Illinois. Soon after, he joined the U.S. army and, in 1974, attended the College of DuPage. Later, he moved to Virginia to train as a military police officer. In 1977, he started working with the Bolingbrook Police Department in Illinois. Peterson had a respectable career as a police officer for 30 years. In 1979, he received the Police Officer of the Year award from the department of Metropolitan Area Narcotics Squad.

Drew Peterson’s unsuccessful marriages added fuel to the case of Stacy’s disappearance. From 1974 to 1980, Peterson was married to his high school sweetheart, Carol Brown. She divorced him on account of his infidelity. In 1992, he married Victoria Connolly. 10 years later, they filed for divorce. She openly accused Peterson of abuse. Before their divorce, he started dating Kathleen Savio. On February 18, 1992, his divorce with Connolly was finalized. Two months later, he married Savio. Like all his other marriages, this one didn’t last either, and their divorce was finalized in 2003. During the last few years of their marriage, police were called to their house on several occasions on account of domestic disturbance calls. On March 1, 2004, Savio was found dead in a waterless bath tub in her apartment. Initially ruled as accidental drowning, the case was re-opened after Stacy Peterson’s abrupt disappearance. A pastor at her church, Reverend Neil Schori, reported that Stacy was scared since Drew confessed to her that he killed Savio and made it look like an accident. Stacy confided in Schori who spoke up about this incident after her disappearance. Even Victoria Connolly came to the forefront after hearing of Stacy’s disappearance, and told police that while married to Drew, he threatened to kill her and said that he could stage it like a accident. All this lead to Savio’s case being re-opened and, on September 6, 2012, Drew Peterson was convicted of killing her.

Drew Peterson has two sons, Stephen Paul Peterson and Eric Drew Peterson, with his first wife, Carol Brown. With Kathleen Savio, he has sons Thomas and Kristopher. He has a son, Anthony, and a daughter, Lacy, with his fourth wife, Stacy.

Where is Drew Peterson Now?

Drew Peterson was serving life in prison at Menard Correctional Center in Randolph County, III.  In February 2017, he was transferred to federal custody from the Illinois Department of Corrections.

Investigation Discovery recently delved into the sinister life of Drew Peterson. They filmed a story about his marriage to Stacy, her questionable disappearance, and the untimely death of Kathleen Savio. The two-hour world premiere of Drew Peterson: An American Murder Mystery aired on August 27, 2017.

Since Drew Peterson was a well-reputed police sergeant, this case brought agitation and distrust in the judiciary and official system. However, it also goes to prove that no matter how well the truth might be buried, it eventually finds its way out. Although Drew Peterson was not caught for years, he couldn’t escape the truth and justice system.