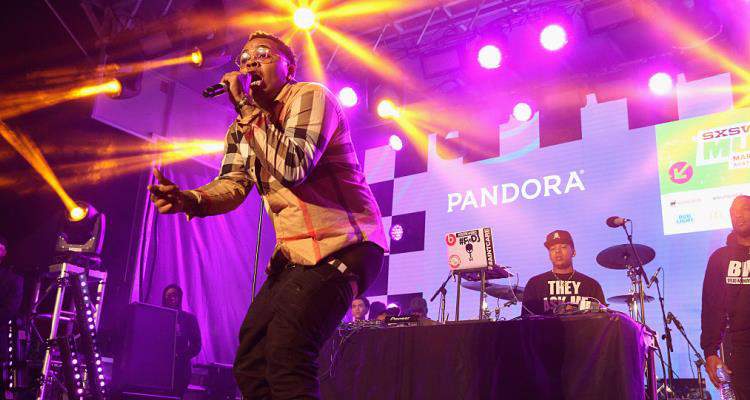 Good news for Kevin Gates’ wife—he’s getting out of prison! The Louisiana rapper will be released from prison in a few days on parole, and fans want to know all the details. Since he’s been in jail, his wife has been taking care of his business and kids until his release. But who is Kevin Gates’ wife? For more details, have a look at our Dreka Gates wiki.

Dreka Gates’ age is 31 and she was born on August 31, 1986, in Baton Rouge, Louisiana. She has two children; daughters Khaza and Islah Gates and she runs the Bread Winners’ Association, a record label she created with Kevin in 2010. There’s currently no information on Dreka Gates’ parents or Dreka Gates’ net worth.

If you ever want to know what Dreka is up to, then you can always check out her Instagram (realdrekagates) for a deeper look into her life. Aside from spending time with her children, you will see event promotions, new music, selfies, and Dreka Gates’ tattoos.

She also released a statement on Instagram about her husband’s jail sentence and asked fans to pray for his safe return home.

“To everyone that’s rooting for Kevin right, THANK YOU, but PLEASE shift your thoughts, prayers, energy, etc. towards the idea of being home and enjoying life as a free man,” Haynes wrote. “Do NOT dwell on the things that have been put out by the media. Their only goal in anything is to grab/seek attention, not necessarily to release information that is FACTUAL [sic]. ”

While her husband was in prison, Dreka helped him make a video called “Had To,” in order to tell the rapper’s life story.

“Basically it was Kevin’s idea. So we had to get a little creative with the visuals and everything [since he was locked up],” Dreka told XXL magazine. “POV is something that we never done before and we just thought it was a really cool idea. Just going through some pivotal moments and events that occurred in his life.”

Dreka was able to help put the project together by calling Kevin in jail and getting his input as he signed off on ideas.

“I think it was cool the fact we were able to go back and reenact these things. Especially like him getting his hands tattooed. I actually wasn’t there, I was on FaceTime but in the video, you’ll see me actually there with him. But I was on FaceTime when he was getting his hands done. The part when he got shot, that kind of made my heart drop because it was like, Oh my God.”

Me and the littles at @museumoficecream #losangeles

Kevin Gates is Getting Out!

After being sentenced for illegal weapons possession and assault (kicking a concert goer), Kevin is being released on January 10. He was sentenced for assault after the infamous “2015 kick video,” where he is seen on stage kicking a female fan. However, after serving five months, on the day he was set to be released, an outstanding weapons-related warrant surfaced landing him back behind bars for an additional 30 months.

Now, he is being released early on parole, after serving nine months behind bars. The conditions include mandatory supervision and no possession of any firearms. Looks like his family and fans are getting what they wanted, after all!

Dreka Gates has been vocal about her husband’s absence in her life, and the lives of their kids due to his incarceration. She’s been active on social media and YouTube about filling in fans about his music and upcoming projects, as well as detailing the ways in which she is dealing with it all. She keeps herself very busy with their kids and admits that it has been hard. She urges others in her positions to stay strong and hold on because “there is a light at the end of the tunnel.”

According to reports, Kevin Gates could be a free man as early as Wednesday, January 10. Check out one of Dreka’s heartfelt videos below!