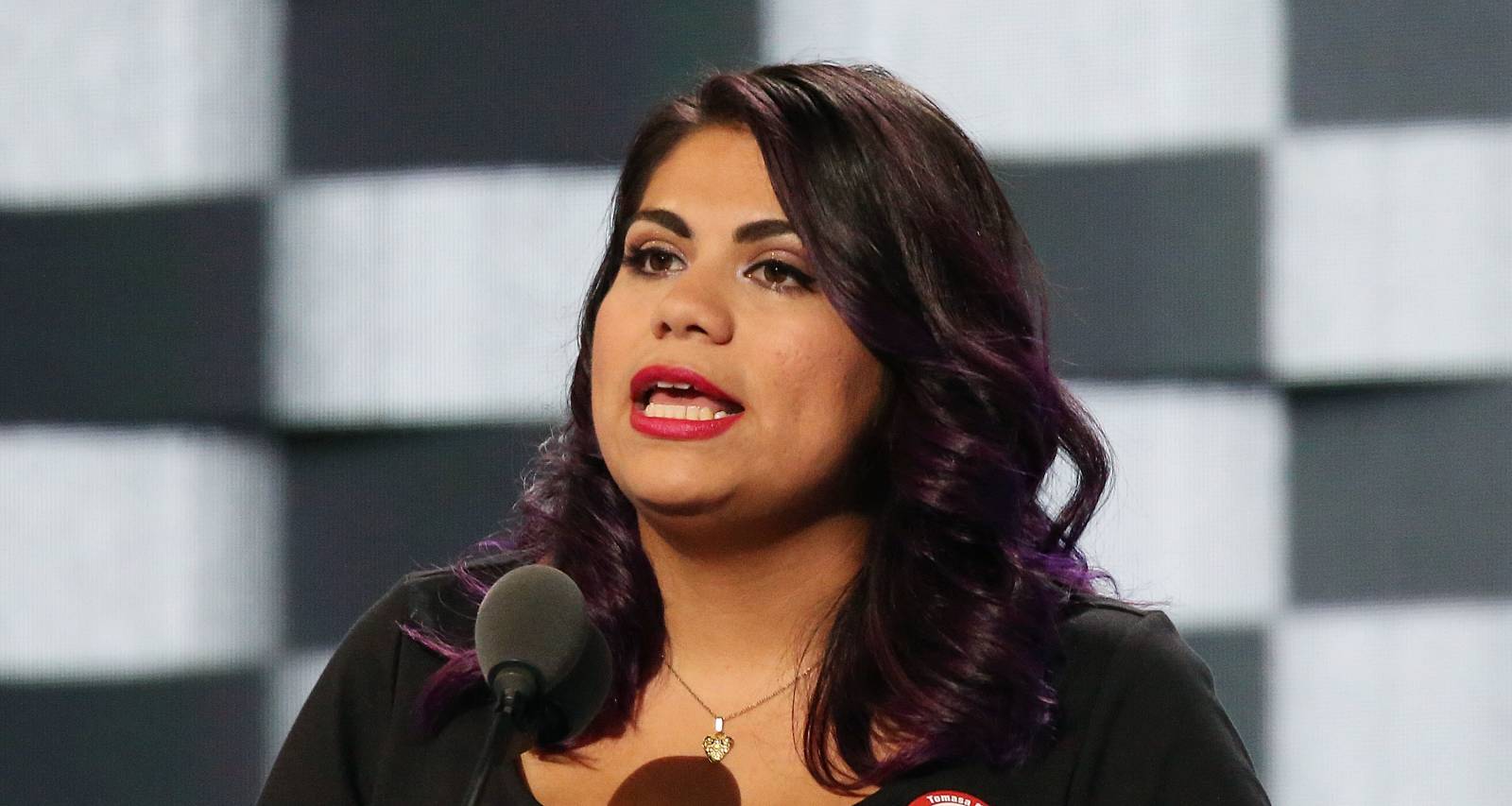 Astrid Silva delivers remarks on the first day of the Democratic National Convention at the Wells Fargo Center on July 25, 2016 in Philadelphia, Pennsylvania. (Photo by Paul Morigi/WireImage)

Who is DREAMer, Astrid Silva? You may not have heard of Silva, the DREAM Act, and her story, but chances are you will if you’re tuning into the Democratic National Convention (DCN) tonight. Astrid Silva’s DNC speech will be followed by Bernie Sanders’s speech and another speech by First Lady Michelle Obama. So, keep reading and let us be your DREAMer Astrid Silva wiki.

Astrid Silva’s family came from Mexico and settled in Las Vegas at the tender age of four. When her grandmother died, Silva was unable to go to Mexico for the funeral, out of fear of being caught and not being allowed to return to her adopted home. This is why she began to campaign for the extreme change that would be need to amend the current immigration laws in the U.S.

Silva is a 26-year-old college student working on her third degree. Isolated by her undocumented immigration status, Silva couldn’t get a driver’s license or go to school outside of her adopted home state.

Silva is currently the organizing director at the Progressive Leadership Alliance of Nevada. She has also testified before Congress and made several appearances to push for expanded deferred action and an overhaul of the current immigration system.

To her surprise, Obama mentioned Silva in his speech, announcing his plans for executive changes on the U.S. immigration system. Naturally, Silva was shocked and overwhelmed with joy. And audiences will see her again tonight, this time making a speech of her own, addressing the issues and supporting Hillary Clinton.

After her ordeal with her grandmother, Silva could no longer live her life in fear and decide to start writing about her life story to Senate Majority Leader Harry Reid. He first encountered Silva a few years ago after receiving her “heartfelt letters” about her undocumented immigration story. When the Nevada senator finally read Silva’s handwritten letters, he was moved and an unlikely pen pal and friendship was formed from that moment on. Their bond helped influence Reid to support the bill for immigration reform.

The DNC will take place from July 25 until July 28 and will be available for live stream on the DNC web site. Day One will take place at the Wells Fargo Center in Philadelphia, where speakers, leaders, supporters, and media will be in attendance.

Will you be watching? Let us know in the comments below!