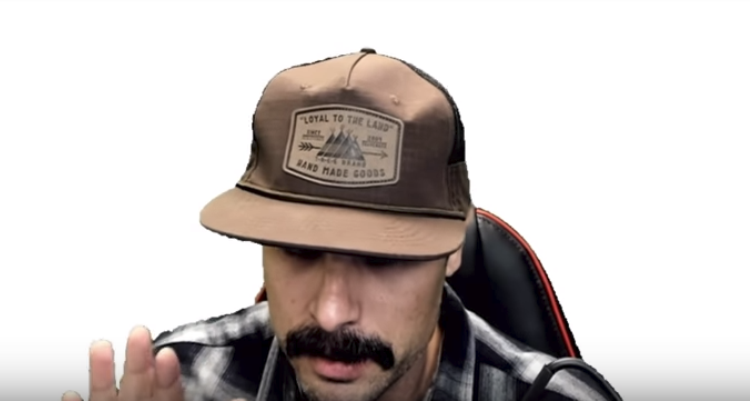 Who did DrDisrespect cheat on his wife with? Who is DrDisrespect’s wife? The gaming personality came forward on social media with an admission of his own infidelity, and as a result, is taking some time off to focus on his family. Keep reading if you want to learn more about the popular gamer’s infidelity, announcement, and hiatus.

DrDisrespect Cheated on His Wife

While several men have been accused of infidelity and sexual harassment, DrDisrespect recently came forward on his popular channel about his own family issues.

“I have a beautiful family, and a wife, and kid. And I want to be transparent that I’ve been unfaithful,” said a visibly upset DrDisrespect. “I apologize to you guys, and my sponsors, and Twitch. This is not who I am, this is not what I represent. That’s it.”

Following the news of the story, NetEase, a Chinese company that was the sponsor of DrDisrespect’s upcoming event said in a statement:

After recent events, NetEase and DrDisrespect have mutually agreed that he will not be taking part in the Rules of Surivival ‘Hunt the Streamer’ event on the 17th with 29 other streamers, at DrDirespect’s request. The event was to let players enjoy a battle royale with their favorite streamers, giving them the chance to win up to $30,000. With DrDisrespect’s absence, his time-slot during the event will be replaced by a streamer soon-to-be-announced. Any questions can be directed to us if any outlets have any questions about the event.”

Harassment and Infidelity: Who’s Next?

DrDisrespect’s wife isn’t named and she’s just one of the many wives whose husband’s have been unfaithful in recent months. Matt Lauer, Kevin Hart, and Morgan Spurlock have also been linked to infidelity stories recently. Spurlock, from Super Size Me fame, recently revealed that he was unfaithful to his own wife and was/is part of the problem in relation to all the sexual misconduct being reported lately. It was a shocking revelation for Spurlock’s fans, especially since he admitted everything in a lengthy Twitter post, before he was even accused.

“And then there’s the infidelity, said Spurlock. “I have been unfaithful to every wife and girlfriend I have ever had. Over the years, I would look each of them in the eye and proclaim my love and then have sex with other people behind their backs. I hurt them. And I hate it. But it didn’t make me stop. The worst part is, I’m someone who consistently hurts those closest to me. From my wife, to my friends, to my family, to my partners & co-workers. I have helped create a world of disrespect through my own actions. And I am part of the problem.”

He added, “But why? What caused me to act this way? Is it all ego? Or was it the sexual abuse I suffered as a boy and as a young man in my teens? Abuse that I only ever told to my first wife, for fear of being seen as weak or less than a man? Is it because my father left my mother when I was child? Or that she believed he never respected her, so that disrespect carried over into their son?”

As for DrDisrespect, there has been no further comment from him or any response from his family regarding his recent announcement. The identity of the other woman in question is also a mystery but fans are certainly chomping at the bit to get answers.