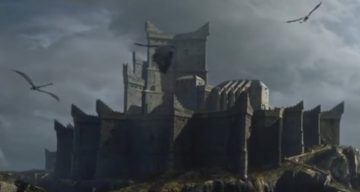 If you’re confused about where Daenerys landed in Westeros during the Game of Thrones season 7 premiere, then you need to know that it wasn’t a fluke. The Dragonstone castle is her home. But where is Dragonstone? Where was Daenerys born? These questions are haunting every Throner and the answers are right here. Read on to know all about the magnificent castle, its history, and to see the Dragonstone map.

The story of Game of Thrones is so well woven that we need look twice at many details that we may have overseen, or prepare for ones that have not yet come forth. One such detail that that arose during the GoT season 7 premiere was Daenerys and her memory of Dragonstone castle. The ancient home of the Targaryen family is a spectacular monument, built with ancient Valerian techniques that are long gone. So, we now have an idea as to where Dragonstone castle is, and where Daenerys Targaryen was born and raised. Take a look at Dragonstone castle and where it lies in Westeros, along with some details that you may have missed, right here!

@ethio_style Dragonstone*. It is long walk from the Wall tho according the Westros map.

Daenerys Targaryen was born in the castle of Dragonstone after her father’s death and the fall of her kingdom. Queen Rhaella, who was the sister-wife of King Aerys Targaryen, died shortly after giving birth to her youngest child and only daughter, Daenerys, in Dragonstone where she was sent with her son Viserys during the final month of King Robert’s Rebellion. Daenerys and Viserys were taken into safety to the Free City of Braavos by loyal retainers, one of whom was Sir Willem Darry, who died when Daenerys was five. The last of the Targaryens roamed the Free Cities, until they were finally taken in by Magister Illyrio Mopatis in the Free Ctiy of Pentos.

Dragonstone castle stands tall on an island in Blackwater Bay. The castle was the ancestral home of House Targaryen and the bulwark of a House Baratheon cadet branch. It was built by Valerian masons who used ancient techniques, making the castle walls very strong and impenetrable. The castle has detailed patterns and designs that were never seen in Westeros before. It is adorned with gargantuan gargoyle-like structures, exotic visages, and beautiful paintings riddled with dragon motifs. The Chamber of the Painted Table is located inside the castle’s top floor, proudly displaying the map of Westeros etched on its over 50-foot long top. It has four enormous windows pointing at the cardinal directions and is positioned at the very top of the castle in Stone Drum. The Wall can be seen from the castle windows. 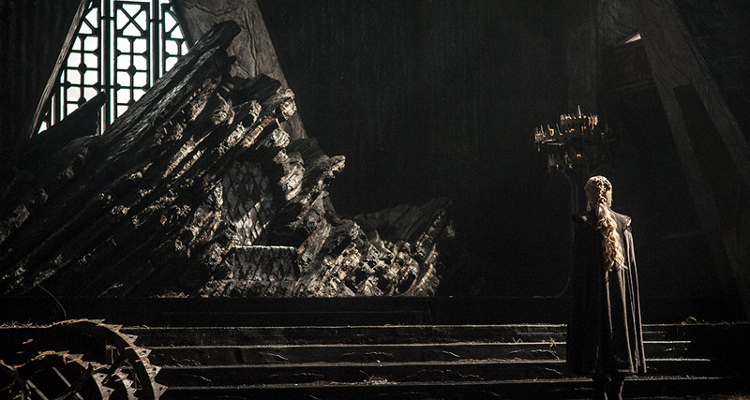 The 500-year-old castle was first built as a refuge by the Targaryen family. The Valyrian’s thought the location to be of great importance because of the isolated island’s positioning. After the Battle of the Trident and before the fall of King’s Landing, a pregnant Queen Rhaella Targaryen and her son, Viserys Targaryen, were taken into Dragonstone castle for their safety. Here, the queen died giving birth to her daughter, Daenerys Targaryen, on a stormy night, which is how she got the name Stormborn. The Baratheon’s overtook the Iron Throne and Stannis was ordered to kill the remaining Targaryens. However, Viserys and Daenerys were taken across the Narrow Sea by a loyal knight. In a rage, King Robert took away Storm’s End from Stannis and rule Dragonstone.

But now, Daenerys has returned to Dragonstone in her journey to reclaim Westeros as her own, and we can’t wait to see what happens next! The only thing we can do is watch as Game of Thrones season 7 continues on HBO every Sunday at 9:00 p.m. EST.