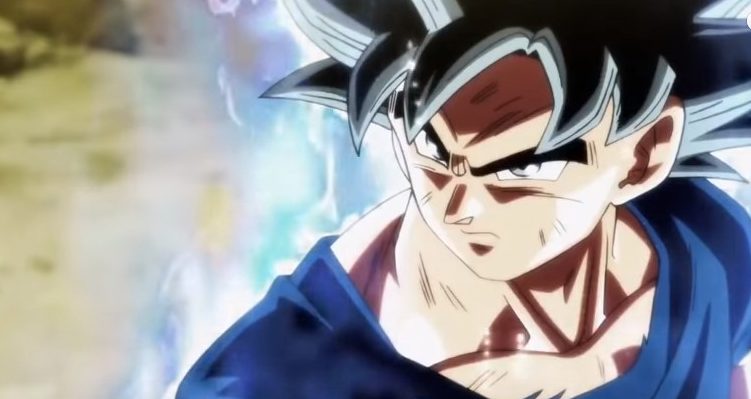 Our predictions for episode 128 weren’t too far off. Although Vegeta may not be dead, he took a pounding in the last episode. Then, as Jiren knocked Vegeta out of the arena, Vegeta pulled off one last great move. He gave Goku the last of his powers.

Goku went Super Saiyan Blue, but Jiren manages to keep ahead of Goku. It looks like Jiren is going to pull out the win, until something unexpected happens.

Jiren is about to land the final blow on Goku, when he manages to dodge it effortlessly. Goku has managed to hit the mastered state of the Ultra Instinct-Sign-form.

Now, to be fair, Goku’s powers aren’t exactly new. We’ve seen glimpses of them throughout the last several episodes of Dragon Ball Super, but now there is a difference. Goku has mastered the ultimate version Ultra Instinct-Sign-form.

According to our research, this should give Goku more power, which could really come in handy right now. Not to mention that this form is going to make Goku a dodging machine!

We won’t see episode 129 of Dragon Ball Super until the end of the week, but we have an idea what’s going to happen. Jiren is going to get his butt whooped!

The title of episode 129 is “Limits Super Surpassed! Ultra Instinct Mastered!” So, we know that Goku is going to become more powerful than we’ve seen him before. He will truly have mastered Ultra Instinct.

With this in mind, you can expect Goku to finally lay out Jiren with plenty of dodges and punches. Also, Goku will be hitting Jiren with a powerful move we may not have seen before. With Jiren out of the way, Goku will have won the tournament.

So, what does Goku end up wishing for with his prize? Since he has shown a lot of mercy in the past, we have a feeling that his wish might follow a similar line of thinking.

Goku may bring back the dead universes and reset things back to how they were when the tournament began. But fans will have to wait just a little while longer to see how this battle actually turns out.

If Dragon Ball Super has proven anything, always bet on Goku.