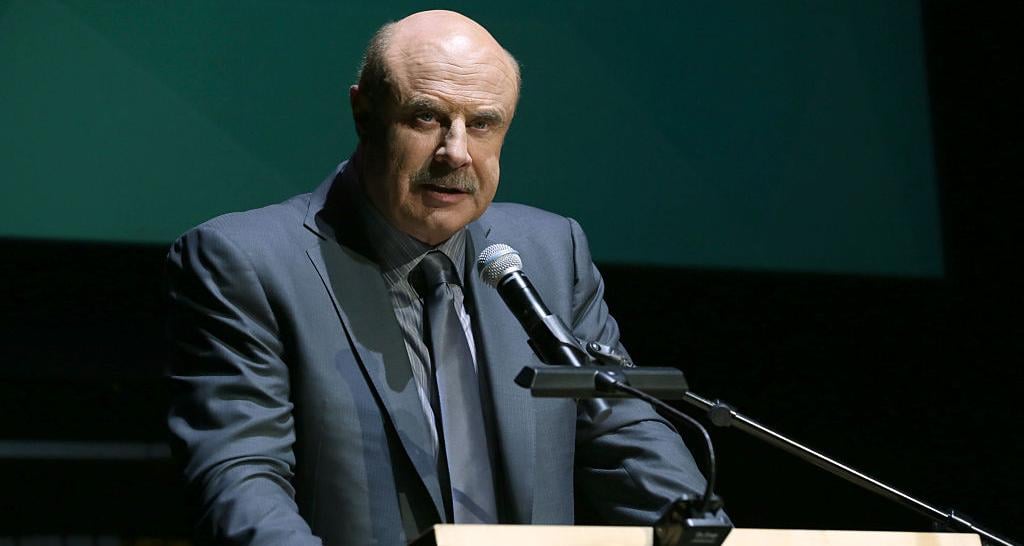 Phil McGraw is a known face in the television industry. He is famous because of the show, Dr. Phil, which premiered on September 16, 2002. Now, over a decade later, the show’s success is still soaring—and it shows! Dr. Phil’s net worth in 2018 is estimated at $400.0 million.

Dr. Phil McGraw has helped several people get their life back on track. This television personality has made millions with the help of his show, books, weight loss program, and other business ventures.

He’s had some pretty interesting guests on his show, too. In fact, Remember the “Cash Me Outside” girl?

She became an Internet phenomenon following her stint on his show, birthing a world of hilarious memes and even a record deal of her own!

Also known as Bhad Bhabie, Danielle Bregoli’s phrases like “Cash me outside” and “How ‘bout dah?” became ratings gold when she first appeared as an unruly teen on an episode of Dr. Phil.

Phil McGraw was born on September 1, 1950, making his age to be 67. He was born in Vinita, Oklahoma to Anne Geraldine and Joseph J. “Joe” McGraw, Jr. Dr. Phil McGraw also has three sisters.

Dr. Phil followed in the footsteps of his father by becoming a psychologist. He graduated in 1975 with a B.A. in psychology from Midwestern State University.

In 1976, he completed his M.A. in experimental psychology. He also went on to obtain a Ph.D. degree in clinical psychology in 1979 from the University of North Texas.

Dr. Phil’s Endorsement Backfired on Him

Throughout his career, Dr. Phil McGraw has written many books, including Life Code: The New Rules for Winning in the Real World, Relationship Rescue: A Seven-Step Strategy for Reconnecting with Your Partner, Self Matters: Creating Your Life from the Inside Out, The 20/20 Diet: Turn Your Weight Loss Vision Into Reality, and more.

On an average, he reportedly earns around $167,544 annually from his book sales on Amazon.

Dr. Phil, along with his son, Jay McGraw, and Adam Jackson, launched “Doctor on Demand” in 2013. The company provides online video consultations with several credentialed physicians across the country.

Additionally, the doctors are also paid $25.00 per hour with their shifts between four and 16 hours.

Because of the immense popularity of his own show, Dr. Phil decided to create another one titled The Doctors. It is a talk show which airs daily on TV in the U.S., Australia, Canada, Mexico, Sweden, Ireland, and Finland. It is produced by McGraw and his son, Jay McGraw.

Additionally, Dr. Phil also handles his website, which has information on various categories. In fact, people can even attend his show if they fall into the required category.

Dr. Phil and his wife, Robin, reportedly spent nearly $30.0 million for a Mediterranean hilltop estate in Beverly Hills in 2010. The 15,000-plus-square-foot house was listed for sale with a price of $29.5 million, and the couple had no problem dishing out the funds for this lavish home.

But before upgrading to the above-mentioned mansion, Dr. Phil had listed an 11,000-square-foot Beverly Hills mansion for an asking price of $16.5 million in 2008. The house was originally purchased by the McGraw’s in 2002 for $7.5 million.

With only the two of them living there (as their sons are now grown), many wonder why the couple needed an even bigger house! Then again, with a net worth of $400.0 million, why not?

According to some reports, it looks like Dr. Phil and his wife has since downsized. Currently, it looks like the two of them live in a modest modern home in Los Angeles.

Reports say that the couple paid around $2.56 million for a 2,356-square-foot contemporary-style home in the Hollywood Hills.

Dr. Phil certainly likes to drive around town in style! He has a 1957 Chevrolet Bel Air, which is valued at an estimated $100,000.

He Sued The National Enquirer

In 2016, Dr. Phil and his wife, Robin, sued The National Enquirer for $250.0 million for falsely claiming that they were splitting up. But they later dropped the case.

As of now, McGraw is focusing on his show, Dr. Phil. He is very much active on social media and consistently updates his fans about his life through posts.

Here’s How Much Dr. Phil Is Worth Compared to His Contemporaries: