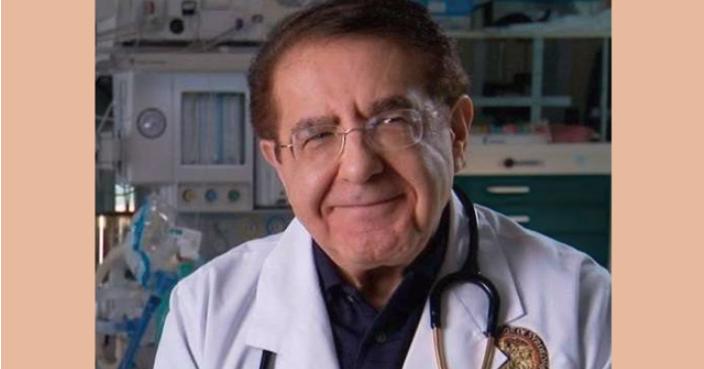 Bariatric surgeon Dr. Nowzaradan, whose age is 74, helps obese people lose weight with a combination of surgery and special diets. The emotionally draining stories are seen on My 600-lb Life. Though his net worth is only $4.0 million, Dr. Nowzaradan dedicated his life to helping people and caring for them.

If people sign up to be on My 600-lb Life, it means they don’t have another option. They are typically unable to lose the weight through any means other than surgery. That is when Dr. Nowzaradan steps in. He tries to convince these patients to start losing weight with his blunt approach and persistent nature.

For Dr. Nowzaradan, a patient’s diet is of paramount importance, because how they maintain their body dictates how they become healthy. Ever since Dr. Nowzaradan has been featured on the reality show My 600-lb Life, people have become curious to know more about him. So, here are some details from Dr. Nowzaradan’s wiki.

Where Is Dr. Nowzaradan From?

with years of experience in treating patients who suffer from life-threatening obesity.

Even though Dr. Nowzaradan’s nationality is Iranian, he has been working in the United States for more than four decades. He is a surgeon, who specializes in gastric bypass surgery.

He graduated in 1970 from Teheran University of Medical Sciences in Iran, before moving to America. He completed his surgical internship at St. Johns Hospital in Detroit, Michigan and went on to finish his four-year surgical residency at St. Thomas Hospital in Nashville, Tennessee.

He then received a cardiovascular fellowship at the Texas Heart Institute in Houston, Texas.

Dr. Nowzaradan is currently based in Houston, and his friends and co-workers affectionately call him “Dr. Now.” He is a pioneer of the minimally invasive laparoscopic technique.

He is not just a great surgeon, he is also a man of compassion and kindness, who helps people even when all others gave up hope on them.

On TLC’s My 600-lb Life, he works with overweight patients who other bariatric surgeons consider inoperable, or have passed on. Each episode follows a year in the life of a morbidly obese patient and their attempts to reduce their weight to a healthy level, with the help of gastric bypass surgery.

As a renowned surgeon and television personality, Dr. Nowzaradan’s net worth was a reported $4.0 million in 2017. Though details about his personal life are still unknown, we do know that Dr. Nowzaradan’s wife, Delores left him in 2002. They got married in 1975 and had three children.

Before getting married, Delores did secretarial work. She left her job in favor of managing the home front and taking care of their children.

Dr. Now is one among the many who are trying their best to beat obesity, before it gets out of hand.

The obesity problem in the U.S. is increasingly concerning, and is becoming more dangerous by the day. While people from all walks of life are trying to raise awareness, many schools across the country made the move to ban junk food, like soda and candy, from their vending machines.

Former First Lady Michelle Obama also started the anti-obesity movement called “Let’s Move” in 2010. The organization’s goal is to prevent children from becoming obese, and providing healthy foods in schools across the country.

Dr. Now makes sure that the families of his patients are as involved in the process as he is. He tells them not to encourage overeating, while making it clear to patients that the special diet he created must be followed.

Each diet plan is based on an individual’s needs. He takes into account their health concerns, body type, and other restrictions. It speaks highly of Dr. Now’s character that he takes on these patients, works with them, and turns things around.

Watch back-to-back episodes of My 600-lb Life Saturdays at 9:00 p.m. EST on The Oprah Winfrey Network, and the newest season, Wednesdays at 8:00 p.m EST only on TLC.