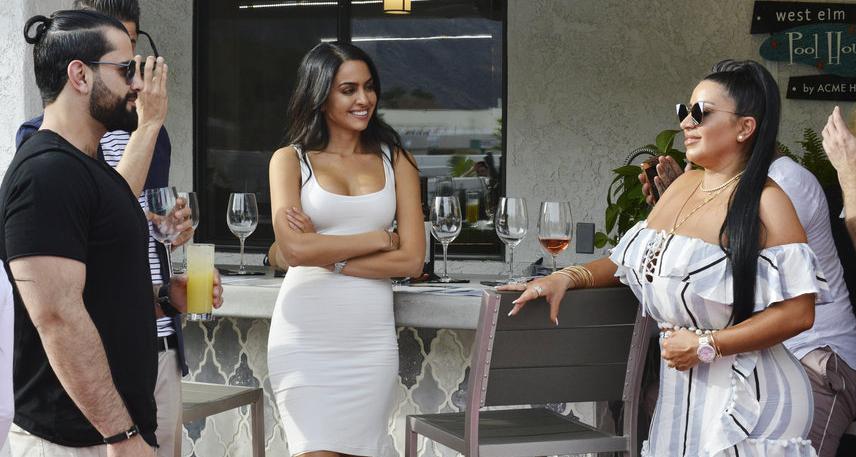 Another episode of Shahs of Sunset aired yesterday (October 11), and Mike Shouhed revealed that his girlfriend broke up with him. Meanwhile, there were rumours that Mike was dating Dr. Mona Vand. Now, fans are scratching their heads over the situation and trying to get the scoop on Vand. If you too want to know more about her, then we have some facts for you!

Who Is Dr. Mona Vand?

Dr. Mona Vand, age 33, was born on March 10, 1985 in the United States. She grew up in a bi-coastal family and had a passion for science and helping people at a young age.

In 2009, she graduated from Massachusetts College of Pharmacy and Health Sciences as a Doctor of Pharmacy.

Mona is the founder of The Modern Pharmacist movement and has appeared on several television programs on NBC like The Telegraph and The Doctors.

While pursuing her degree, Mona worked as a pharmacy intern for a year at Rite Aid Pharmacy. She settled in Los Angeles after graduating as a Doctor of Pharmacy and worked as a retail pharmacist before switching to clinical pharmacy, where she specialized in compounding.

Compounding is a fast-growing part of pharmacy that allows pharmacists to create customized strengths, combine ingredients, compound a tablet or capsule into a liquid, eliminate preservatives and prepare special formulations.

Currently, Mona is self-employed and has been running a blog for the past three years. She is very much active on her website, where she covers health, wellness, and beauty.

Mona started a YouTube channel in 2015 called The Modern Pharmacist. And she’s certainly become popular online! Her channel has over 176k subscribers and features videos on different topics related to lifestyle and health.

Mona’s mother is Mojgan Afsahi, who is a senior clinical analyst and microbiologist. She attended the College of Saint Rose in Albany and graduated with a Master of Science. She then graduated from Rensselaer Polytechnic Institute in 1988 with a degree in biomedical engineering.

Dr. Mona Vand’s brother, Nema Vand, is a branding executive. He’s also a cast member on Shahs of Sunset as he joined the show in its seventh season.

Reportedly, Nema and Mona were once estranged but they finally reconnected. They also have a sister named Sarahbeth Zohrehvand.

My 2 beautiful sisters! BOTH so unique and special in their own way. And BOTH definitely call me out on my bullsh**t this season on #shahs. ?? 4 days away until #shahs season 7!!! ?????

Mona is featured as a friend of the “Shahs of Sunset.” Like her brother, she also joined the show in season 7.

In August, there were rumors that Dr. Mona Vand and Mike Shouhed were dating. One of the show’s episodes even featured them out on a date.

However, Mike explained to her that things didn’t click with him and they weren’t really vibing. And neither of them officially opened up as to whether they were dating each other or not.

According to the recent episode, Mike was dating a 25-year-old woman named Morgan, who he met at the gym. But she apparently broke up with him. Tune in to Shahs of Sunset to see more of the beautiful Dr. Mona Vand—and get the scoop on all the juicy drama!