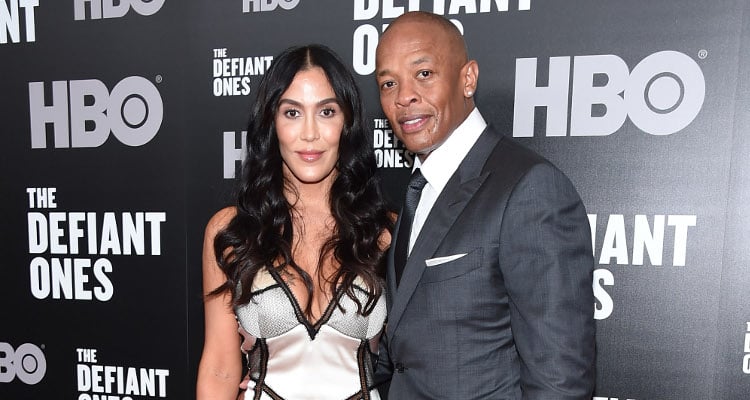 Billionaire and hip hop mogul Dr. Dre turns 51 today (February 18) and what better way to celebrate than with more money—there’s some great news coming in that’ll boost Dr. Dre’s net worth! Last week, news of Apple developing its first original television series started to surface. It was later confirmed that a show called Vital Signs is set to launch in the days to come, and Dr. Dre will be starring in it. This will also turn out to be Dr. Dre’s official entry into the television business, with Vital Signs being his first original TV show.

Apple plays a huge role in bringing Dr. Dre’s net worth to its current fruition, and Dre’s new television series will make sure to put forth the tech giant that backed him. Apple has planned to make Vital Signs in a way that promotes Apple Music, possibly more than the show’s storyline.

This new show is set be a dark semi-autobiographical drama on Dr. Dre and will reportedly be packing a whole lot of sex and violence. Interestingly, this does not sound in any way like a first TV show that Apple would produce, but a wild guess is that Dre could have convinced the company to go ahead with this.

By now, most of us know the epic Dr. Dre/Apple connection—Dre’s signature headphones and electronics company, Beats By Dre, was acquired by Apple in 2014, inking a deal of over $3 billion over the coming years. Dr. Dre’s net worth doubled in 2014 and tripled in 2015, and is quickly closing in on that billion dollar benchmark. Dr. Dre is not just the co-founder of Beats, he’s now an Apple executive, too. So, it’ll do no harm for Apple to promote Apple Music through the company’s own promising executive.

Dre was born in Compton on February 18, 1965, and 50 years later, the street rapper has turned a music icon and an established businessman whose tracks are still played all over the world. You know you’ve made it big when a city dedicates a whole day in your honor—to ring in this hip hop superstar’s birthday, Tampa is gearing up for their 7th Annual Official Dre Day party with a celebration of West Coast attitude and style. The Dre Day party is expected to be attended by more than 700 people at a nightclub located in the historic Ybor City neighborhood of Tampa. There will be three high-profile DJs spinning all night at Czar Nightclub, along with contests, giveaways, and a display of iconic artwork.

Vital Signs is set to launch soon after Dre’s birthday and, as we previously mentioned, will also likely take Dr. Dre’s net worth to the next level. Dre currently stands with an estimated $700 million net worth, and the new show added with some Apple Music commercials is estimated to bring it close to $1 billion.

The Vital Signs show is said to have six 30-minute episodes reflecting parts of Dr. Dre’s real-life events. Each episode will focus on a different emotion that gets handled by Dre’s character in his own unique style. Apple is still in talks for a potential distribution platform to air Vital Signs, and its music is set be exclusively available on iTunes.

Meanwhile, Apple is launching a new series of Beats headphones in the wireless category called Powerless2 and Solo2. It hard to predict how much exactly Vital Signs will contribute to Dr. Dre’s net worth, but surely enough, starring in Apple’s first television series is sure to bring in some good money.