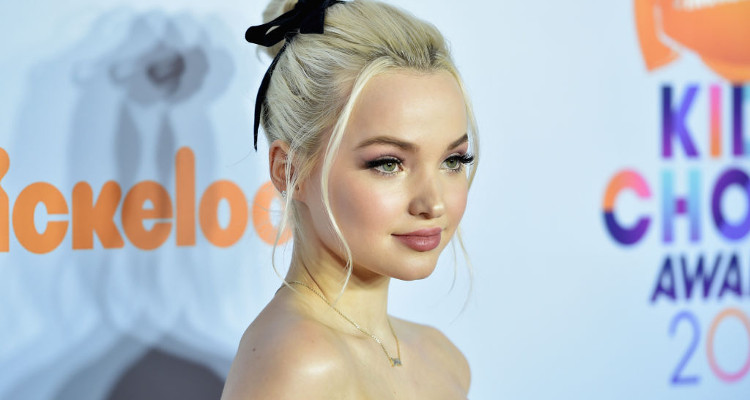 Liv and Maddie star, Dove Cameron has had a few glitches in the love department. But it appears she’s got a new boyfriend in 2017, and she’s totally in love! Who is Cameron dating? It’s her co-star from Descendants 2, Thomas Doherty, and we’ve got all the details here!

Love is in the air for the Disney sweetheart, Dove Cameron. After breaking off her engagement with her Liv and Maddie costar, Ryan McCartan, she revealed he was “terrible” to her, and she’s glad her relationship ended. But she’s undeterred and has found love elsewhere. By “elsewhere” we mean across the pond, where Thomas Doherty lives. Apparently, Cameron even plans to move to New York to shorten the plane ride to visit her boyfriend. And now he’s no longer Dove Cameron’s rumored boyfriend in 2017, because the Descendants star has revealed she’s “in love” with him!

The 21-year-old has a very interesting relationship history. Her first public romance was with her fellow Disney star, Ryan McCartan. They were just another couple where Mickey Mouse played cupid before heading for splitsville. The couple unexpectedly ended things only six months after getting engaged. In response to a comment on an Instagram post by a fan, she said that McCartan was “terrible” to her.

While Cameron was dating McCartan, she was in a rumored affair with another person; her body double, Emmy Buckner. Liv and Maddie were both played by Cameron in the show and to make one girl into two; it takes three girls: Cameron, Buckner, and Shelby Wulfert. The three were such close friends off-camera, that there were rumors of Cameron cheating on McCartan with Buckner. The starlet had to set the record straight on Instagram saying she is happily engaged to her man and is not cheating on him.

Fans also wondered if Cameron is bisexual, after she posted a video on Instagram giving a smooch to her Cloud 9 costar, Kiersey Clemons. Of course showing affection between BFFS and getting matching tattoos doesn’t mean they are dating, but fans have love to speculate! Other costars Dove Cameron has had rumored romances with are Cloud 9’s, Luke Benward and Hairspray! Live’s, Garrett Clayton. After her split from McCartan, she has been linked to her Descendants 2 costar, Thomas Doherty.

Cameron has been posting a lot of advice about life on Twitter lately. But what we didn’t expect was for her advice to turn into a confession of love! She posted a series of tweets on March 14, including one that said “i am so happy and so in love and life is good and there are so many colors [sic].”

To that tweet, a fan asked, “I’m glad but in love with life or like in love with Thomas? [sic]” Lo and behold, Cameron answered with a simple “both.” That was all the confirmation fans needed to confirm that she was dating Doherty, and has finally found true love. At this point, we shouldn’t even be surprised. It’s not the first time she has directly responded to fans about her love life!

But Who is Thomas Doherty?

Dove Cameron has hit the rebound jackpot! Not only does Doherty have the looks of a Scottish hunk, but he’s also amazingly talented just like his lucky lady. His resume on IMDB lists his long list of talents, including singing, dancing, voiceover, and improv. Well-matched for a chart-topping artist like Cameron!

Besides being well-versed in dance-styles like modern, tap, and jazz, Thomas Doherty has got some diverse athletic skills that include track and field, boxing, soccer, tennis, cycling, swimming, and gymnastics. He played minor roles in Bunch of Mad Stuff, The Lodge, and The First Time, and dabbled in theater, commercials, and music videos. He got his breakthrough role in Descendants 2, where he portrayed Harry Hook, Captain Hook’s son. Cameron played the daughter of Maleficent in the Disney Channel original movie and its sequel.

The 21-year-old graduated from the MGA Academy of Performing Arts in Edinburgh and is represented by Olivia Bell Management in London. Though they live on two different continents, Doherty and Cameron seem to be making their relationship work. She has even considered moving to New York, ever since Liv and Maddie ended its run. Judging from both Dove Cameron and Thomas Doherty’s latest Instagram posts, the long-distance couple is going strong!