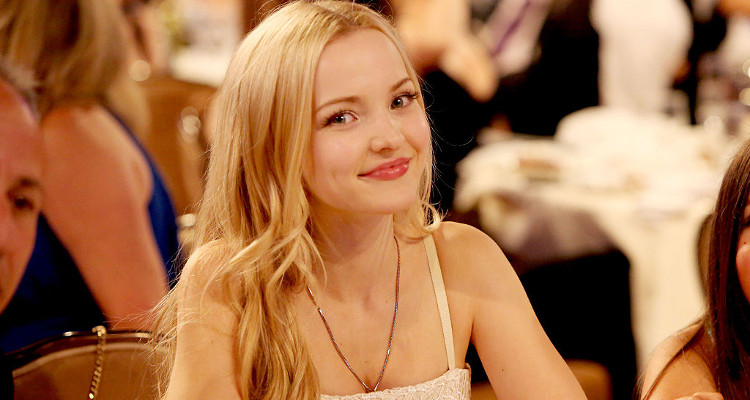 Tween star, Dove Cameron attended the Who What Wear Runway Show yesterday (February 8). While the Disney star posts pictures from the show on her Instagram, many believe she might be in the city to be closer to her rumored boyfriend, Thomas Doherty.

Fashion site, WhoWhatWear.com jumped on the see-now-buy-now bandwagon that many major brands are turning to these days. They organized their first runway show in New York yesterday, (February 8) and one of the guests in attendance was Disney sensation, Dove Cameron. The beautiful 21-year-old posted a picture from the show on her Instagram. She has also been spotted at other NYC events since filming wrapped up for the final season of her Disney show, Liv and Maddie. Though she may have been there for the fashion, speculation is rife that Cameron was in New York to be closer to her rumored boyfriend, Thomas Doherty.

thank you for having me @whowhatwear, what a lovely show, xx ✨

Also Read: Lucy Hale Uploaded an Adorable and Sweet Picture With her Pup Elvis on Instagram

Dove Cameron is in NYC and Happier Than Ever

The Descendants star was at the WhoWhatWear Runway Show in NYC’s Skylight Modern, where items from 60 brands ranging from Urban Outfitters to Marc Jacobs were showcased. Cameron posted a clip from the show with models strutting up and down the runway. She posted another picture of herself wearing a dazzling silver number, as she tapped away on her tablet.

Cameron seems to be enjoying her time in NYC, after her engagement with Liv and Maddie co-star, Ryan McCartan was called off in October 2016. While replying to a fan’s comment on an  Instagram post, she revealed that McCartan was “terrible” to her and that she’s happy their relationship ended.

This newfound happiness could be due to the fact that she may have found love once again. Dove Cameron is rumored to be dating Thomas Doherty, a 21-year-old British actor and her costar in the Disney Channel Original Movie, Descendants 2. The LA-based actress tweeted she might want to move to New York, and many believe it’s so she can cut a few hours on that plane ride to London, where Doherty lives. Nevertheless, fans are glad that she’s moved on from a bitter relationship and is doing well.

Meanwhile, the final season for Liv and Maddie has wrapped up filming. The show’s producer, Ron Hart revealed that the series finale will air on March 24.