Doutzen Kroes never imagined that she would be a world famous model while at school in a quiet village in the Netherlands. Her destiny took her to New York City, and she is now one of the top models in the world.

Doutzen Kroes’ rise to fame is a bit of a Cinderella story. From total obscurity to worldwide fame, she was raised in a quiet rural province in the Netherlands, and now lives in New York City. Doutzen Kroes got a relatively late start in modeling and is one of the very few top models who was not discovered by an agency. She has made it on her own purely on her hard work, ambition, passion, and of course, stunning good looks. No wonder that she has been nicknamed the “Helen Troy of advertising.” Check out Doutzen Kroes’ hot Christmas photo and you’ll understand why everyone can’t get enough of her!

It's the season to sparkle ✨ #HKMSantaBaby #doutzen @hunkemoller

Kroes is a Dutch Frisian model and actress who first rose to fame when she was selected to pose for Victoria’s Secret. She became a Victoria’s Secret Angel in 2008. Doutzen Kroes Victoria’s Secret stint has made her one of the top models in the world, and she is raking in millions of dollars every year thanks to her international assignments. Now, she has released a super hot photo of herself wearing nothing but a classy black top, small black underwear, and long black stockings. Kroes looks positively sexy in the picture!

The Age of Innocence

Kroes says that she was a tomboy in school and she never imagined that she would become a model. Living in a quiet rural village kept her away from the glitz and glamor of big cities. She has a certain innocence that captivates audiences. She used to ride a bicycle to school everyday through the countryside, and she aspired to become a champion speed skater. That healthy upbringing is responsible for the glow and freshness that she has about her. There is little wonder why she holds the record for appearing the most number of times on Vogue covers in a single year. 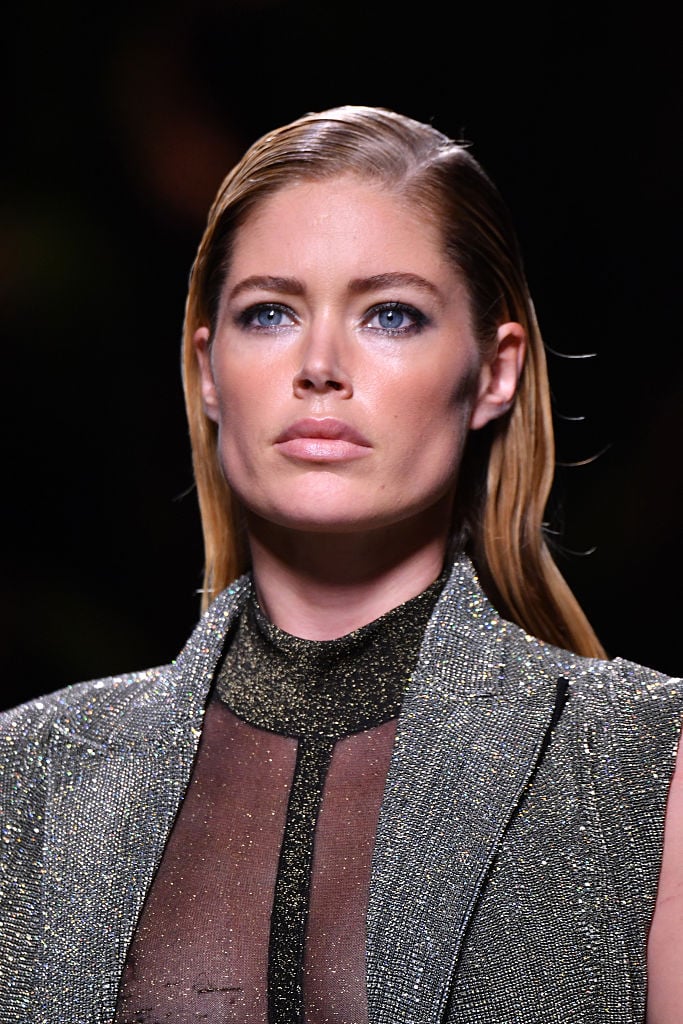 The Power of Beauty

Kroes has two children and wants her daughter to study and have different aspirations than modeling. She would like her daughter to become successful and not just focused on her looks. The irony is that even though Kroes may not rank beauty very highly in various lists, the world cannot get enough of her! Kroes is still among the most in-demand models in the world.