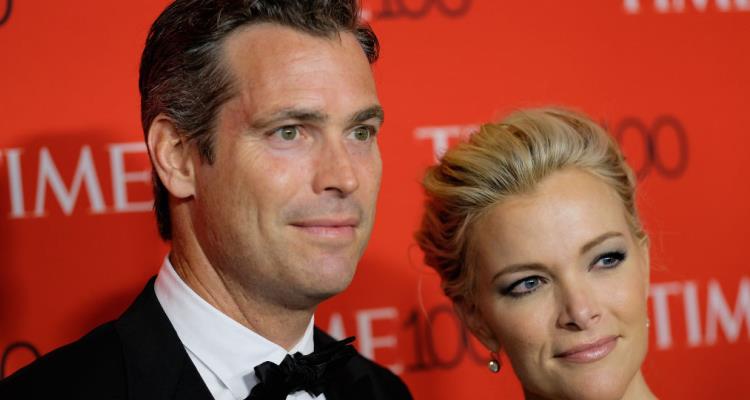 Another Fox News employee is leaving the building, but this time they’re not being fired. If you haven’t already heard, Fox’s Megyn Kelly is leaving her TV career at the network behind! Now with all the buzz surrounding the host, fans want to know about her personal life, including Megyn Kelly’s husband, Douglas Brunt. For more information on Megyn Kelly and Douglas Brunt, have a look at our Douglas Brunt wiki.

Douglas Brunt was born on August 25, 1971, in Philadelphia, Pennsylvania. Before he became a best-selling author, he was the CEO of Authentium, Inc., an Internet security company. Some of Douglas Brunt’s books are Ghosts of Manhattan, The Means, and Trophy Son. Douglas Brunt’s net worth is estimated at $3.0 million.

Douglas met Kelly at an event in July 2006, where they had eventually been set up by a friend. They immediately hit it off but had a long distance relationship for at least six months. Kelly was in Washington and he was in New York and a fight on New Year’s Eve over her dog being hit by a car, led to them breaking up. But the breakup didn’t last long, because they quickly got back together and he proposed with a fake gem because he couldn’t wait to propose to her any longer, according to the New York Times. They got married on March 1, 2008, in front of 130 of their closest friends and family at Oheka Castle in Huntington, N.Y. A colleague of Kelly’s officiated the ceremony, where she was wearing a white Joanna Mastroianni gown. They now live in New York City with their three children: Yates, 8, Yardley, 6, and Thatcher, 3.

Fans are going to miss The Kelly Files, and after 13 years at Fox, it’s time for Kelly to move onto something else.

“I don’t want to do politics,” the former Fox News star said a telephone interview with the Baltimore Sun.

“I’m done talking about Trump and [Mitch] McConnell and Paul Ryan and Chuck Schumer every night,” she said of the president and three congressional leaders. “Stick a fork in me. Done!”

If you were worried that Kelly, 46, was going to leave TV forever—don’t! She won’t be seen on The Kelly File anymore, but she is done with the “snake pit” of politics and wants to do what she loves. More than anything, she wants to be able to tuck her kids in at night.

“Two of my kids were in school during the exact hours that I was at home,” she said in the latest issue of People. “They would get back at 3:30 p.m. just as I’d be leaving to do The Kelly File. I hadn’t tucked them into bed on a weeknight in three years.”

Kelly hopes that her fans will follow her to her new show, Megyn Kelly Today, but ultimately made the choice to leave based on her family, saying “So, in leaving my post, I thought, ‘I don’t want to disappoint these women. I don’t want them to feel they’re losing something.’ But the truth is, I had to make this decision for myself and my family … The content of this show is something I wanted to do for years, and I will get to see my children grow up.” Being a mother comes first and foremost to this beloved anchor, and fans seem to love her all the more because of that!

Megyn Kelly Today premieres on Monday, September 25 at 9:00 p.m. EST on NBC, so don’t forget to tune in and check her out on her new show!