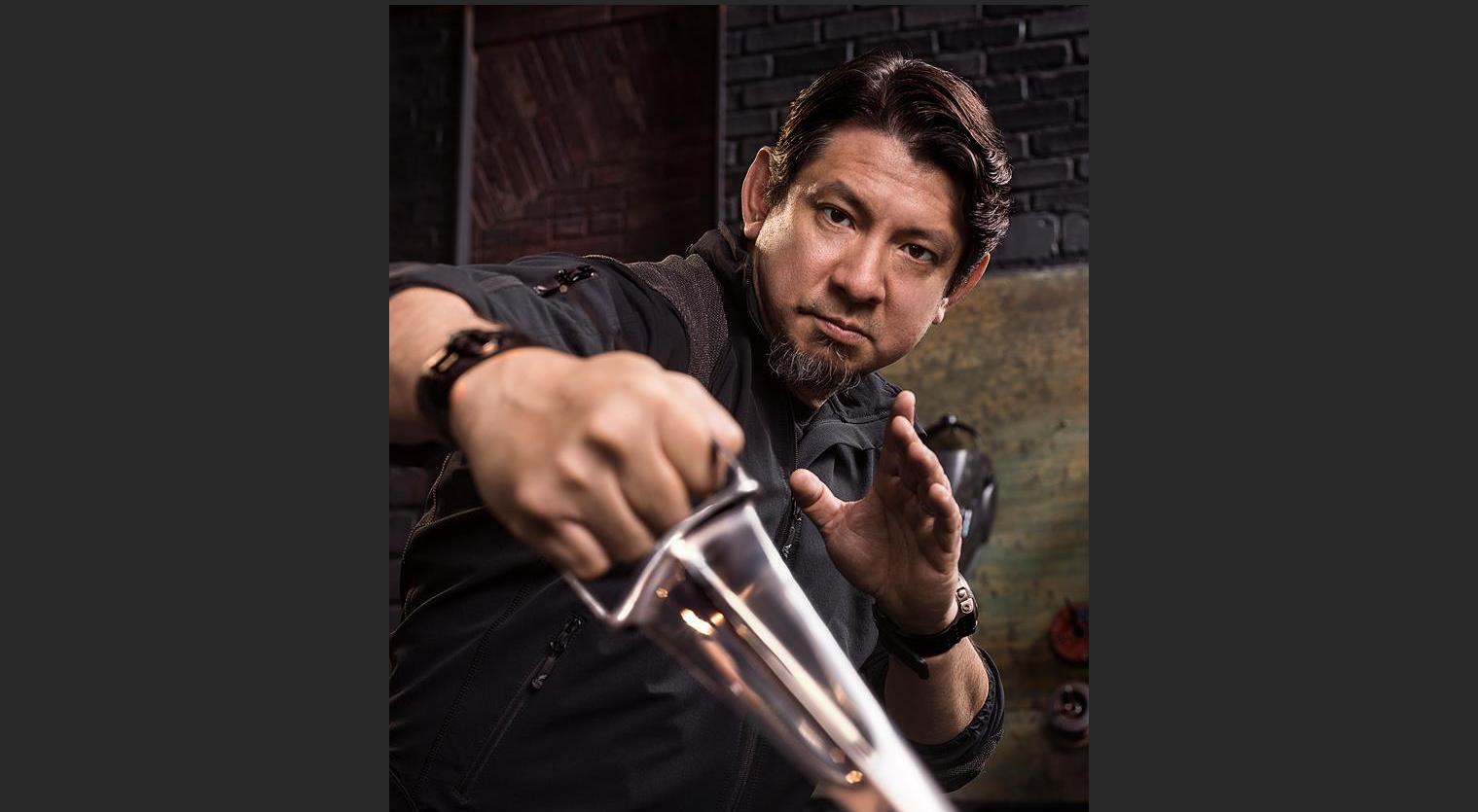 Forged in Fire’s Doug Marcaida is a super inspiring combat-trained blade inventor. He founded his own version of the Filipino martial arts system called Marcaida Kali. Now, he’s on the History Channel’s best weapons show, and fans love his vast knowledge of blades!

Doug Marcaida is a judge on Forged in Fire, alongside Wil Willis, J. Neilson, David Baker, and Ben Abbott. Marcaida has been making blades his entire life and has been training in different combat sports for as long as he can remember. But what makes this man different is his sheer love for all things combat!

Here are some details from Doug Marcaida’s wiki. 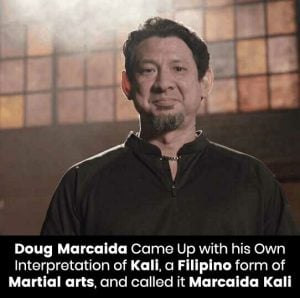 Doug Marcaida was born and raised in the Philippines and is an expert in martial arts. He came up with his own interpretation of Kali, a Filipino form of martial arts, and called it Marcaida Kali.

Marcaida teaches martial arts enthusiasts across the globe and promotes the weapons he creates. He currently lives in New York with his wife and children.

Doug Marcaida was aggressive as a teen and regularly got into fights. His father, who Marcaida said was a gunman, put him into martial arts training for defense.

The younger Marcaida was excited about learning techniques and fighting for real. But instead of getting hands-on training immediately, he had to start with discipline and fitness training. This was when he understood the true essence of martial arts, and his fascination for the skill grew.

He then came to the U.S. and joined the military. It was during his time there that he faced his biggest fear—knives!

He learned all about weapons while he was a soldier, and turned his fear of weapons into a passion for them.

The U.S. Air Force veteran’s skills improved over time. So much so that he began creating his own blades!

Marcaida is an edged weapon combat specialist, who has been doing what he does best for over 25 years.

His love for martial arts led him to weapons, and his strengths and knowledge now guides bladesmiths and combat enthusiasts from all over.

He has taught in Italy, Germany, Philippines, Australia, Belgium, and the U.S. He’s also worked with the U.S. Force Recon Marines, the Belgian Special Police, and the Spetsnaz Unit Alpha.

He teaches them the art of Kali and says that a lot of lives were saved through the skill set.

“Kali can save your life. Simple as that,” the veteran said in an interview with the Manila Times.

He also makes and tests tactical knives and swords and is a designer for FOX Knives in Italy.

On History Channel’s Forged in Fire

Doug Marcaida is a judge on Forged in Fire. He is also the go-to guy for testing weapons in combat mode!

He is usually very hands-on with the blades and doesn’t shy from using them on meat, sandbags, and woods.

Marcaida knows the importance of practically using a good weapon. So, if a bladesmith passes his usage test, they know for sure that they made a pretty good weapon!

The show’s challenges vary from episode to episode and are usually based on a theme, like parts from a golf kit.

Although they are guided from time to time by the expert panel, the bladesmiths are left to come up with an inventive weapon on their own. 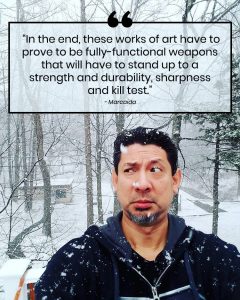 Marcaida knows everything there is to know about inventing blades. He is the proud father of the Dart knife and seems to love the MK Ultra Kukri, the Karambit, and the Kortada knife.

Marcaida has repeatedly said, “In the end, these works of art have to prove to be fully-functional weapons that will have to stand up to a strength and durability, sharpness and kill test.”

After testing the weapons on Forged in Fire, it’s those three words he’s known for that every contestant hopes to hear on the show: “It will cut!”

Doug Marcaida is a very private man, but we do know that his wife’s name is Joelle Marcaida, and he has three sons—Alex, Jaden Christopher, and Douglas James Marcaida.

Joelle received the Ella Hollister Award in 2012 and worked for Rochester General Hospital as a nurse. We’re guessing that’s where the adorable couple met!

The boys are all grown up now. They went to McQuaid Jesuit High School in Rochester, according to James and Jaden’s Facebook pages.

Marcaida rarely speaks publicly about his family, as he tends to prefer showcasing his professional side on TV. Well, it looks like his hard work paid off as Doug Marcaida’s net worth estimated at $1.0 million!

He also does not typically speak about his family in interviews, apart from the introduction video for Forged in Fire, where he mentioned that he wants his sons to be proud of him and the work he does.

We’re sure that they already are!

A weapons tester can’t worry about getting hurt! And in Marcaida’s case, he was. The man severely injured in his right arm back in 2017 and had to wear a sling because of it.

Around July 2017, he was hurt while testing a weapon, leaving David Baker in charge of the sharpness tests on the show during his absence. Marcaida underwent surgery for his injury and is now healed.

Fans were wondering what happened to him when he was noticeably missing from their TV screens. But now he’s back in action like never before!

Marcaida added a fun twist to his injury by decorating his sling with his trusty knives. With his spirit and having a nurse for a wife, it’s safe to say that he had no problems with his speedy recovery

To see Doug Marcaida in all his sword-swinging glory, be sure to catch the new episodes of Forged in Fire, airing Tuesdays at 9:00 p.m. EST on the History Channel!