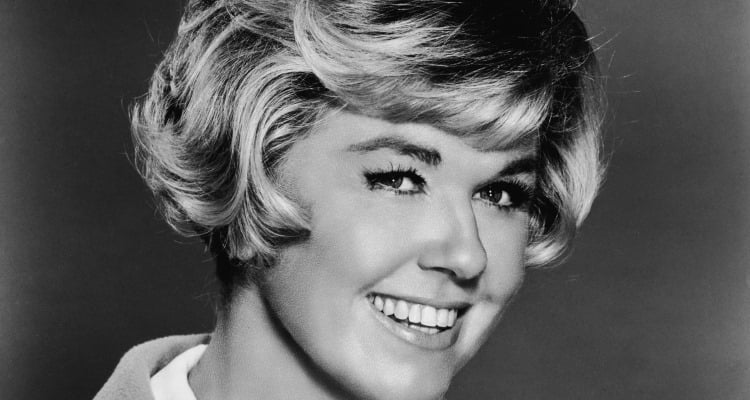 Where is Doris Day today? Hollywood icon, singer, film legend, and animal activist, Doris Day has been mostly under the radar since she retired from acting following a successful, yet reluctant stint on her very popular sitcom, The Doris Day Show (1968-1973). She had a few notable and exceptional appearances on various TV specials in the 1970s and 1980s, but until recently, most people found themselves wondering, is Doris Day still alive? Doris Day, 2017 has been quite the eventful year! We’ll tell you all about it right here, as we take a look at Doris Day now.

True fans of the wispy, blonde-haired, blue-eyed All-American girl-next-door know that Doris Day is as vital as ever! She’s continued to remain unequivocally relevant and active in pop culture through her iconic movie roles and music, not to mention the fact that she’s been a lifelong animal lover and advocate! Earlier this year, she discovered that she’s actually a full two years older than she originally thought she was! (Cue the cringe.)

How Old is Doris Day, Really?

Doris Day has admitted in the past that she never really paid too much attention to, or put stalk in, her own birthday celebrations, which explains why, for most of her life, she was under the misconception that she was born in 1924! Interestingly, it wasn’t until what she presumed to be her 93rd birthday on April 3rd of this year, that the Ohio State Department came upon (and released) the official birth certificate of the star of The Pajama Game (1953). As it turns out, Doris Day’s age is 95, which means she was actually born in 1922. She currently lives in Carmel, California with her dog, Squirrely and is enjoying retirement.

Doris Day sent this picture of herself and her beloved dog to People Magazine in commemoration of what she thought was her 92nd birthday at the time. Oops!

On set of The Pajama Game ???? #dorisday

Even in her heyday as a world-renowned performer, Doris Day always took the time to care for helpless stray or unwanted animals. She especially had an affinity towards dogs and could often be found trekking throughout her Beverly Hills neighborhood trying to find loving permanent homes for the strays that were often left on her front porch. She quickly gained a reputation as being “The Dog Catcher of Beverly Hills” due to her efforts! Most of her co-stars would inevitably end up with what was referred to as a “Doris animal.” In 1978, Doris founded the Doris Day Animal Foundation (then known as the Doris Day Pet Foundation), a non-profit organization which to this day, works tirelessly to find good homes for forgotten animals and provide financial aid so that their owners can properly care for them. Of course, Day realized that there was a much bigger problem afoot, aside from the fact that too many pet owners were abandoning their animals on her doorstep.

California had, and still has, an animal overpopulation problem which is why there are so many stray animals on the streets. To help control this epidemic and supplement DDAF, Doris instated the Doris Day Animal League in 1987. The main objective of the organization is to ensure that animals are spayed or neutered safely, lawfully, morally, and as painlessly as physically possible. Eventually, this led to the installment of the globally recognized World Spay Day, which is largely endorsed by The Humane Society.

Despite having long entered her golden years, Doris Day still believes in the hands-on approach to further developing and managing her various animal assistance organizations. She may be 95 years old, but the captivating beauty (who starred alongside famous Hollywood leading men Cary Grant, Rock Hudson, and James Garner in classic movies) is the true embodiment of the adage that “age is just a number.” Time and time again, Doris Day has proven that she’s not only a force to be reckoned with when it comes to her morals and work ethic, but that she’s still America’s sweetheart. All of this, despite the fact that during the peak of her career, she was dismissed by critics and comedians alike as “The World’s Oldest Virgin” in light of the wholesome and unassuming persona she most famously portrayed on the large and small screens. It seems, though, that her convictions and her refusal to shed her innocent public image (or her core morals) gave Doris Day the last laugh because she’s outlived pretty much all of her critics and peers! (With the exception of Betty White, who also turned 95 this year.)

You can tell that Doris Day is just as lovely and radiant today as she was in her youth. Instead of recent pictures of Doris Day, let’s take a trip down memory lane with these oldies!