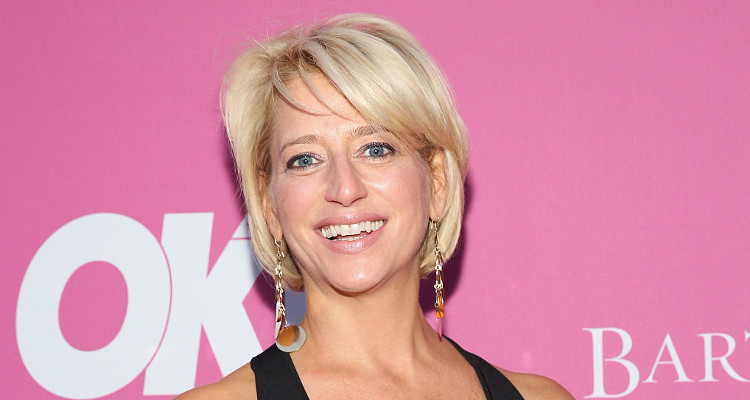 Dorinda Medley can’t stay away from New York City. She joined the cast of The Real Housewives of New York City and viewers will get to see her glamorous life up close and personal. With a net worth of $20.0 million and some seriously great taste, Medley is certainly set for a bright future.

The Real Housewives of New York City (RHONY) returned on Wednesday, April 5 and fans were absolutely thrilled. They will get to know the cast members up close, as they showcase their exciting lives in the Big Apple. One of the featured housewives is Dorinda Medley, and people want to know more about her. So, we have information on Dorinda Medley’s net worth and more details from Dorinda Medley’s wiki.

Mixing with the London Elite

Serving up some major springtime vibes with @hannahdangerlynch

Medley was born in Massachusetts and, after graduating college, she arrived in New York City to work in Liz Claiborne showrooms. She then married her first husband and followed him to London, where she started the cashmere company, DCL Cashmere. Medley had several high-profile clients like Princess Diana and Joan Collins. She gave birth to a daughter named Hannah and after her divorce, she came back to New York City.

Friends in All the Right Places

In 2005, Dorinda met and subsequently married Dr. Richard Medley, a financier who was a former Washington power broker and respected speechwriter. Medley and her husband then embarked on a fund-raising process for charitable causes with the likes of Bishop Desmond Tutu, Brad Pitt, Angelina Jolie, Madeline Albright, as well as Bill and Hillary Clinton. Tragedy struck in 2011 when Dr. Medley passed away, and Dorinda was left alone with Hannah. With the help of her friends, Medley rose back to the heights of New York Society and got over the loss of her husband. She met her eventual boyfriend, John Mahdessian, owner of legendary couture restoration house, Madame Paulette. Dorinda Medley’s net worth is a cool $20.0 million and likely to grow.

Doing What She Loves

These days, Medley is putting all her passion into her home, family, friends, and charitable causes like BeautyforFreedom.org. Now that she is on RHONY, Medley is getting time to spend with other housewives like Ramona Singer. Since Tinsley Mortimer joined RHONY, the show has even more drama! For a detailed look at her daughter, castmates, and more, check out Dorinda Medley’s Instagram account.

Happiness and the City

A little wine break to celebrate the new season of #RHONY! Make sure to check out @bonefishgrill's new Handcrafted Happy Hour 7 days a week from 4-6:30pm. Cheers!! ?? #Partner

Dorinda Medley’s age is 51, but she could put a much younger woman to shame with her energy and drive! Medley loves the outdoors, fantastic parties, and fashion, and she enjoys going to the theater. She is into both high end and high street fashion and she chooses her items carefully. Medley loves the glamor, glitz, and sparkle of New York City and nothing could take her away from it. Now that she is in similar company on RHONY, we can’t wait to see what unfolds. The fun has just started!

The Real Housewives of New York season 9 airs on Wednesdays at 9:00 p.m. EST on Bravo.