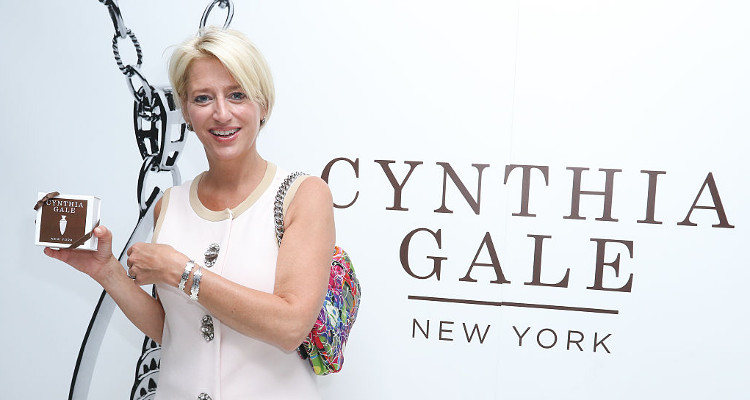 Dorinda Medley is best known on The Real Housewives of New York for her fancy Berkshire home and her feud with Sonja Morgan. She was married to Richard Medley, who passed away a few years ago.

Wednesday brought another drama-filled episode of The Real Housewives of New York. While there was no love lost between some of the housewives, one instance in particular on the show had us dabbing our eyes. We’re talking about the emotional tribute Dorinda Medley, her daughter, family, and Carole Radziwill made to Medley’s deceased husband, Richard Medley. Dorinda joined the cast of RHONY after Richard Medley’s death and is often seen on the show with her boyfriend, John Mahdessian. But from last night’s episode, it’s clear she still misses her husband. Learn more about Dorinda Medley’s late husband, right here in our Richard Medley wiki.

Who was Richard Medley?

Richard Medley was a notable New Yorker, a wealthy businessman and a man with eclectic tastes. He had a successful career as a hedge fund manager and financial adviser. But as famous as he was in the financial field, nothing compared to his work in the political arena.

He was a former Capitol Hill aide and speechwriter. With an educational background consisting of less economics and more political science, he has worked for Congress. He was chief of staff for the Democratic leadership in the U.S. Senate. In 1984, he was the speechwriter of vice presidential candidate, Geraldine Ferraro. Dorinda has been more vocal about politics on RHONY compared to the other ladies and she credits Richard’s staunch Democratic leanings for it.

Hailing from Rochester, NY, Medley served in the U.S. Air Force from 1970 to 1973. He graduated from Ohio State University in 1975 with a bachelors degree in political science. He later acquired his doctorate in the same field from Yale.

After a few financial consulting jobs, he started his own consulting business, Medley Global Advisors, in 1997. The firm was headquartered in New York, but had offices in Washington, London, and Asia. According to the New York Times, it provided financial and political analysis to high-end investors and even addressed issues like the war in Iraq and the spread of the SARS virus. He sold the company in 2005 and it is now owned by the Financial Times Group. At the time of his death, Medley was chief executive of RHM Global.

With so many high-paying positions in his career, he might have done pretty well for himself financially. Unfortunately, Richard Medley’s net worth hasn’t been calculated. But he might have left a sizable share of his wealth to Dorinda and the children, which would only add to Dorinda’s $20.0 million net worth.

On Tonights episode of the #RHONYC we remember the life and death of Richard. Can't believe it's been 5 years. Sad and beautiful.

Not Your Typical Wedding

Richard was first married to Maureen Murray, with whom he had two children —Paige and Aidan— but they divorced. Dorinda was from London where she owned a Princess Diana-approved cashmere company. She also got married, had her daughter and got divorced there. She then moved to New York for better prospects, and that’s where she met her future husband, Richard.

They married in 2005 in an intimate ceremony. But their wedding wasn’t your typical fairytale affair. They had a ‘50s theme wedding at the Four Seasons hotel. According to the New York Magazine profile on their wedding, they turned the venue into an aquarium “with multicolored koi in glass bowls as centerpieces, acrylic tables with small streams running between them, and lighting that cast aquamarine shadows across the draped-chain curtains.” They even had cigarette girls and candy stripers!

How did Richard Medley Die?

In November 2011, Medley passed away at the New York Presbyterian Hospital/Weill Cornell Medical Center in Manhattan. He was 60 at the time of his death. Being a notable figure, his cause of death was a highly publicized matter at the time. Dorinda confirmed his death, but declined to confirm the cause.

Richard Medley’s obituary read that he died after a brief illness, which led to liver failure. Dorinda has chosen to keep the details of his illness private. But even though she doesn’t talk about his death, she does speak of her deceased husband often.

Dorinda Medley is now in a relationship with John Mahdessian, owner of the couture restoration house, Madame Paulette. She keeps her husband’s name alive by engaging in charity just as he did in life.

The Real Housewives of New York airs on Wednesdays at 9:00 p.m. EST on Bravo.