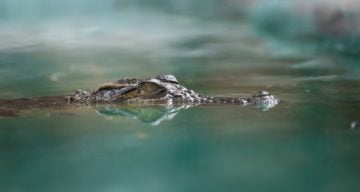 Dorien Edgar returned to Swamp People in season 12 after his last appearance in season 9. Daniel Edgar’s grandson has been dubbed a prodigal son for leaving and returning to the family business. However, there’s no doubt that since Dorien and the younger generation have been participating in the Edgar family’s fishing business, the company has been thriving. Now fans wonder if Dorien will be convinced to stay after the alligator hunting season is over. New fans who are introduced to Dwaine Edgar’s son for the first time this season ask who Dorien Edgar is and where he was before. We explain those details here.

Dorien Edgar was born in 1993 and is one of four children born to Dwaine Edgar. Dorien is the son of one Adrienne Marie.

Dorien and his siblings, Gabriel, Alexx, and Jolie, are the grandchildren of Daniel Edgar, the patriarch of Louisiana’s Edgar Family. Daniel, his sons, and his grandchildren are steeped in the southern region’s history of family-run businesses.

While Dwaine’s brother, Joey Edgar, followed Daniel’s footsteps, Dwaine took the athletic route. His professional baseball career took him around the country, including Texas. Dwaine later returned to his family home where he helps Joey during the annual alligator hunting season.

Dwaine’s children also lived outside Louisiana. While Dorien came to Louisiana to join the family business, at least Alexx lives in Texas.

According to his bio on The History Channel, Dorien Edgar left Louisiana and the family business years ago. He worked in oil fields in Texas and Oklahoma.


Dorien Edgar also returned to Louisiana to participate and learn about the family business. Dorien featured on Swamp People from seasons 7 to 9, and returned in season 12.

According to his latest social media posts, Dorien is in a relationship with one Alicia Deculus. The Mamou native studied at LSU Eunice.