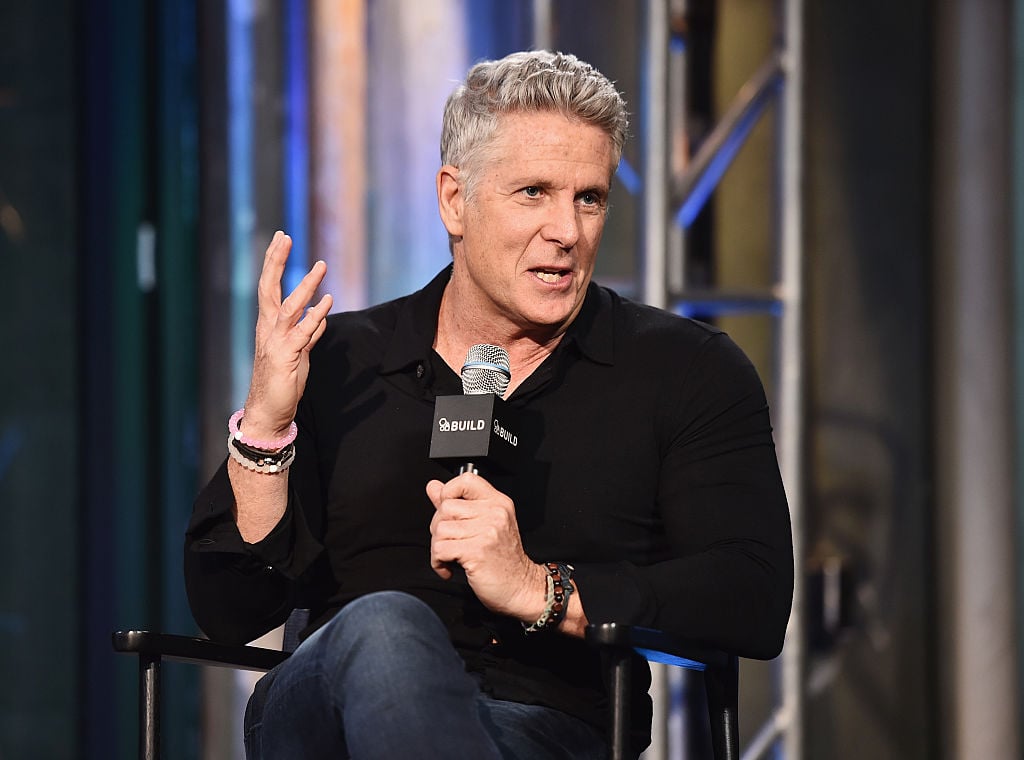 There’s a Donny Deutsch and Donald Trump feud going on and everyone wants to know why. Who is Donny Deutsch? Among other things, he’s the latest public figure to speak out against the president and never seems to hold back. For more information on Donny Deutsch’s net worth, and more on the latest Trump battle, take a look at our Donny Deutsch wiki.

Who is Donny Deutsch?

Donny Deutsch’s age is 59 years old and he was born Donald Jay Deutsch on November 22, 1957 in Hollis Hills, a neighborhood in Queens, New York City. His late father David —who died on June 13, 2013—was the original owner of Donny’s advertising firm David Deutsch Associates, now called Deutsch Inc. In addition to being an advertising executive, Donny is also a TV personality, author, and is a frequent guest on the TV show, Morning Joe on MSNBC. He is a graduate of the Wharton School at the University of Pennsylvania and is on the Board of Directors for the Michael J. Fox Foundation for Parkinson’s Research. He is also of Jewish descent, is a Democrat and has a reported net worth estimated at $200.0 million.

Is Trump a Sociopath?

While a guest on Morning Joe on Thursday, Deutsch weighed in on the ESPN scandal involving one of their Asian- American announcers, Robert Lee. The sports broadcast network decided to remove Robert Lee from an upcoming game at the University of Virginia, because he shares a name with Confederate General Robert E. Lee.

“It does show you with what’s happening, starting obviously with the president on down, how the country is just on edge, to the point where you get this insane overreaction,” Deutsch said on Morning Joe.

The brand manager and advertising executive also said that Trump, whom he used to like, has tendencies that resemble a sociopath.

“I watched the speech the other night, we’ve been at this for two years now, and we all try as intellectuals to analyze and get our arms around it,” Deutsch said. “I happened to stumble across the symptoms and definition of a sociopath.”

Co-host Joe Scarborough chimed in to defend the president after he disagreed with Deutsch’s comment.

Deutsch was referring to the speech made in Arizona on Tuesday night, where Trump attacked the media but also defended his comments on the violence started by neo-Nazis in Charlottesville for protesting the removal of Robert E. Lee.

On the set of MJ with the always shy and reserved Congresswoman Maxine Waters..we had a moment.. well at least I felt something ❤️

Deutsch and the president may have grown up in the same neighborhood, attended the same university, and have the same name, but many would say that they are too different people. On Monday, Deutsch called Trump a “racist” for not holding the white supremacists accountable for their actions, which also resulted in one death and several injuries.

“He is a racist. Can we just say it once and for all, when we look at his history?” Deutsch said on Morning Joe.

He added: “When we look at the housing issues, when you look where he’s talked about reverse discrimination against whites, the birther movement. We have a racist as a president who is a man who cannot stand up and condemn the Ku Klux Klan and Nazism is a racist.”

He continued: “Mr. Trump, can you not condemn those people? Are you in support of that, is that what this is? It is so disgusting and repulsive.” These are the strong words getting him so much media attention, with people on both sides of the fence.

Donny has three daughters: Chelsey, London, and Daisy. He was married to Stacy Josloff, but his daughter Daisy was with his former girlfriend, Amanda Zacharia.