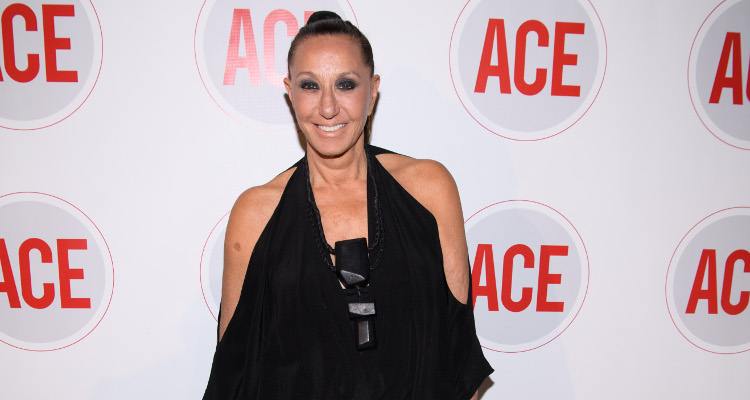 On Sunday at the CinéFashion Film Awards, fashion designer Donna Karan defended Harvey Weinstein who was accused of sexually harassing several women. A big name in the fashion industry, Donna Karan’s net worth of $500.0 million speaks for her work. If you want to know more about her, take a look at Donna Karan’s wiki.

In a red carpet interview on Sunday, Donna Karan spoke about the allegations against Harvey Weinstein, saying that the women may have been “asking for it” telling a reporter, “To see it here in our own country is very difficult, but I also think how do we display ourselves? How do we present ourselves as women? What are we asking? Are we asking for it by presenting all the sensuality and all the sexuality?’And what are we throwing out to our children today about how to dance and how to perform and what to wear? How much should they show?’” Karan further added, “You look at everything all over the world today and how women are dressing and what they are asking by just presenting themselves the way they do. What are they asking for?”

After receiving backlash for her comments, Karan said on Tuesday, “I have spent my life championing women. My life has been dedicated to dressing and addressing the needs of women, empowering them and promoting equal rights. My statements were taken out of context and do not represent how I feel about the current situation concerning Harvey Weinstein.”

“I believe that sexual harassment is NOT acceptable and this is an issue that MUST be addressed once and for all regardless of the individual. I am truly sorry to anyone that I offended and everyone that has ever been a victim.”

If you want to know more about Donna Karan’s life, then keep reading.

Born Donna Ivy Faske on October 2, 1948, in Queens, New York to Gabby and Helen Faske, Donna Karan’s age is 69. It was because of her mother, a model who worked in designer Chester Weinberg’s showroom, that she became interested in fashion. She went to Parsons School of Design after graduating from high school in 1966. Karan’s father was a tailor who passed away when she was only three years old. Her mother raised Karan and her older sister, Gail in Woodmere, New York.

Karan started dating Mark Karan in her teens, and the two were engaged by the time she was a sophomore at Parsons.  However, while planning an engagement party with a friend in the city, Karan was introduced to newly separated artist Stephan Weiss. The two spent a week together.

But they decided things would not work out, and she went forward with her plans to marry Mark. The two walked down the aisle in the early ‘70s. However, her fling with Weiss did not end there, as she re-connected with Weiss after her honeymoon, and their affair picked back up.

Mark knew about the affair and, after believing to be pregnant with Weiss’ child, she promised to end things with her lover.  Without knowing who the father of her unborn child was, Donna Karan decided to have an abortion. She and her husband later welcomed a daughter, Gabby Karan De Felice in 1974. Four years later, they got a divorce.

In 1983, Karan married Weiss after the two rekindled their romance. In her 2015 memoir My Journey, Karan writes, “Despite the sweltering heat, the wedding was magical. My past, present, and future came together under those tents,” adding, “At the center of it all was Stephan. Sixteen and a half years after meeting my sexy, creative soulmate, the love of my life, I was finally marrying him.”

Weiss became the co-CEO of the Donna Karan company. He passed away from lung cancer in 2001.

Sunset at the car show in bridge hamptons some #message being sent between @ralphlaurens fall show with his extraordinary collection of impeccable cars and his #fall fashion show in season my partner of change with those magical moments so zen @urbanzen timeless and @urbanzen.com

Donna Karan’s net worth is estimated to be $500.0 million.

Her career in the fashion industry began in the late ‘60s when she worked as an assistant designer with Anne Klein. Because of sheer hard work and determination, she was quickly promoted to associate designer. In 1974, after the Klein’s death, her company was bought by Takihyo Corporation, and Karan along with her former classmate and friend Louis Dell’Ollio became head designers.

In 1985, Karan, Weiss, and the Takihyo Corporation launched her first women’s clothing line. Three years later, she was nicknamed “The Queen of Seventh Avenue” and expanded her Donna Karan New York line with an inexpensive collection for younger women, DKNY. In 1992, DKNY for men was created. By 1997, Karan stepped down from her CEO position, but  remained the designer and chairwoman for the Donna Karan brand.

In 2015, she announced her resignation as the head of her company to concentrate more on her lifestyle brand, Urban Zen, which she started in 2007.

Karan’s achievements include winning the Coty American Fashion Critics’ Award in 1977 and 1982 with Louis Dell’Ollio for Anne Klein. In 1984, her name was inducted into the Coty Hall of Fame, and in 2004, she was awarded the Lifetime Achievement Award by the CFDA.