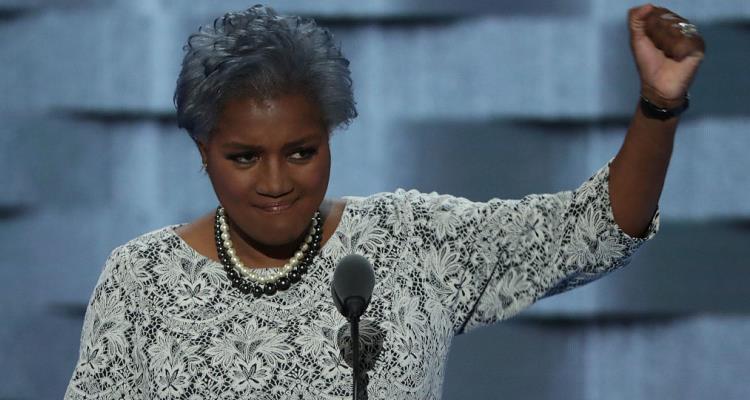 Did CNN fire Donna Brazile? That’s the question on everyone’s minds, now that she’s leaving CNN after yet another Hillary Clinton scandal. In order to learn more, many have been looking up terms such as “Donna Brazile net worth,” “Donna Brazile husband,” and “Donna Brazile resign.” If you’ve been asking “Who is Donna Brazile?” Then keep reading, because we are bringing you our very own Donna Brazile wiki.

Donna Lease Brazile is an author and political analyst, born on December 15, 1959 in Kenner, Louisiana. She is the third of nine children born to Jean Marie (nee Brown) and Lionel Joseph Brazile. Her family’s last name was originally Braswell a few generations back, but was later changed to Brazile. The family was raised and continues to be Roman Catholic to this day and she is not married.

Brazile earned her bachelor’s degree in psychology in 1981 from her alma mater, Louisiana State University, and is also a fellow at the Institute of Politics at Harvard University’s John F. Kennedy School of Government. Once she graduated from Louisiana State University, Brazile found time to work at several advocacy groups in Washington D.C. (establishing herself as a politician), and was significant in the highly successful campaign to make Martin Luther King Jr.’s birthday a federal holiday.

Brazile didn’t spend her teenage years as normal as most people did, and it made her a better person and politician because of it. While others her age were hanging out or watching TV, Brazile was volunteering for the Jimmy Carter-Walter Mondale presidential campaigns in 1976 and 1980. She also participated in a TRIO Upward Bound program—a federally funded program that offers high school students a better chance of going to college, after graduation. At the tender age of nine, Brazile was already interested in politics, when a local candidate for office promised to build a neighborhood playground. (You can’t mess with a girl and her playground!)

Interim chair of the Democratic National Committee Donna Brazile, resigned from her role as a CNN contributor earlier this month. Her exit was announced Monday in the wake of recent revelations that she sent questions to Hillary Clinton’s campaign in advance of a CNN-TV One town hall.

In a statement, CNN said it was “completely uncomfortable with what we have learned about her interactions with the Clinton campaign while she was a CNN contributor.” CNN also commented saying that they “never gave Brazile access to any questions, prep material, attendee list, background information or meetings in advance of a town hall or debate.”

Brazile resigned from the network on October 14, just three days after WikiLeaks released an email in which Brazile says she did get advance questions before a town hall event. “From time to time I get the questions in advance,” she wrote in the email.

“I didn’t want CNN to get involved in this WikiLeaks controversy,” Brazile said by telephone. “I didn’t want to put CNN in the middle of what has been a real invasive cyberintrusion.”

According to CNN Money, Wikileaks released more emails stating that Brazile sent a question in advance to the Clinton campaign, and wrote: “I’ll send a few more.”

CNN has already faced heat over the hiring of Corey Lewandowski (the former campaign manager for Donald Trump) as a paid contributor, even though he still remains as a formal advisor to the Republican candidate.

Brazile’s contract with CNN was suspended in July, when she was granted the interim DNC chair position. Now, it’s clear that Brazile will not be returning to the network any time soon, if at all.

Brazile’s actions may be more damaging than people realize. Her reported sharing of questions with a candidate would question the neutrality of the event and her impartiality as a CNN employee, which could possibly reflect poorly on the network’s image.

Brazile has not given a statement directly admitting or denying her actions, other than saying that she would not comment further. She said, “I am not going to verify, deny, confirm or even try to make sense out of stolen emails that were hacked.”

Even though Brazile has in fact resigned, we don’t expect her to coast on her $3.0 million net worth. She’s been invested in politics for decades and we can expect to see her bounce back from this recent scandal.