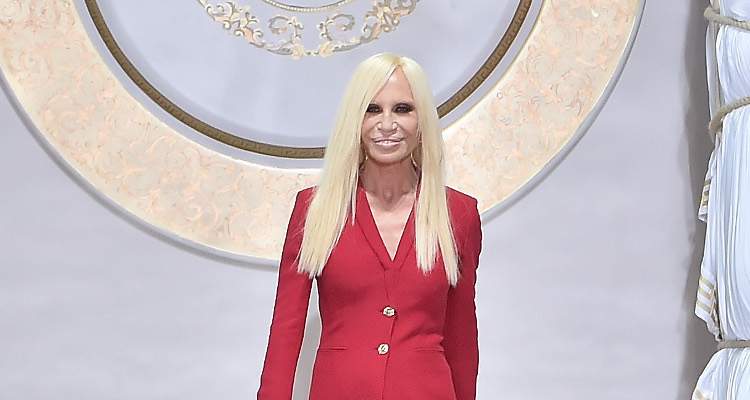 The FX anthology, The Assassination of Gianni Versace: American Crime Story, sparked a lot of controversies. From the dismissing statement by the Versace family to the accusations of wrong facts, the show already became popular before its release. And now, people want to know how much the great designer left behind for his family, especially Gianni Versace’s sister. So, keep reading to know more about Donatella Versace’s net worth in 2018, which is estimated to be between $200.0 and $300.0 million.

The name Versace in itself is all about class, style, and finesse. However, the murder of Gianni Versace is now in the spotlight once again, thanks to FX’s The Assassination of Gianni Versace: American Crime Story.

While the late designer’s sister, Donatella Versace, tries hard to keep all bad publicity out of the way, she’s making millions through the empire that Gianni Versace left behind. So, how much money is Donatella Versace worth?

Let’s have a detailed look.

– Donatella Versace, 62, took over the designing empire a year after the death of her brother, Gianni Versace, in 1997.

– Versace did her first couture show at the Hotel Ritz Paris, for Versace Atelier in 1998, and since then looks over the fashion label.

Join me today to support the fight against HIV and its stigma, and to remember all those who have suffered from it. All my love and support to those living with HIV. #WorldAIDSday #WAD

– Donatella Versace is the vice president of the label and draws a salary higher than a design head.

– Versace (the fashion house) is undoubtedly one among the biggest names in the fashion industry, and is credited to paving the way to the modern fashion scene today.

It's about HOW you wear it. #VersaceFW17

– One of Versace’s cars is a very iconic Cabriolet made by Mini, which costs approximately $20,000.

– Donatella Versace’s Instagram account features many photos of the fashion icon traveling in style in a private jet.

– Donatella Versace’s house in Miami is worth $41.5 million; the beach house comes complete with a gym, swimming pool, and sauna.

Here’s how much Donatella Versace’s fellow designers make compared to her:

– The fashion label spread it’s reach into interior designing as well with their Versace Home line.

– Donatella Versace’s Versus is a diffusion line that was a gift from her brother in 1989; the label was shut down in 2005, but she resurrected it in 2009 with accessories collaborated with designer Christopher Kane.

It's been a VERSUS kind of day. #versusversace #versusss18 #londonfashionweek #lfw

– Versus is now known for its fashionable watches, jewelry, and fragrances.