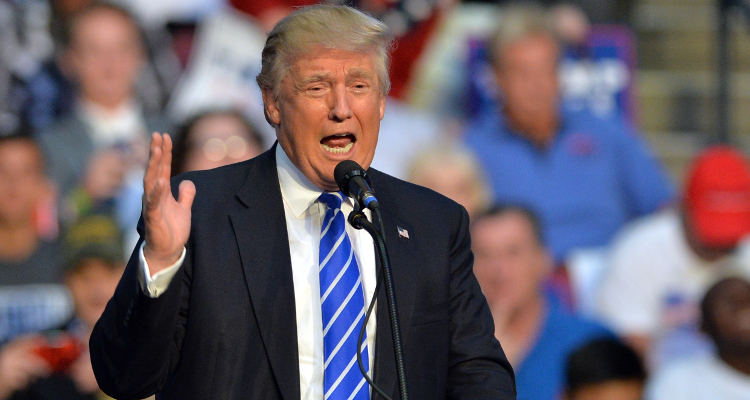 The race for the White House is getting hotter by the minute! Now it’s down to a battle between just two candidates, Donald Trump and Hillary Clinton. Both candidates undoubtedly have some dirty tricks up their sleeves and are busy sharpening their proverbial knives. In fact, Trump’s people have already started spreading news about Clinton’s alleged ‘health problems!’ And, of course, Donald Trump himself is claiming to be in perfect health condition. Donald Trump’s schedule has him charging hard, rally after rally, as he tries to capture America’s hearts -and votes. A Donald Trump rally is not only interesting, but it can also be a security hazard, and the next stop for the show is Donald Trump’s Philadelphia rally.

Trump’s rally in Philadelphia is scheduled for September 7, 2016. He will speak at the Union League of Philadelphia. This rally is very important for Trump as he is lagging behind Clinton when it comes to his image among the black community. Clinton has raised his agenda in front of white Americans many times but not in front of African-Americans. He is trying to fix that by meeting with African-American leaders in North Philadelphia. In his meeting with them he spoke about healthcare, immigration and criminal justice reform. Trump also promised to work hard to build better schools, create new jobs and build safer communities for African Americans.

In his Florida rally, Trump went after Clinton once again. He told people that Clinton’s use of a private email server as Secretary of State was worse than ‘Watergate.’ Trump has hammered home this point in every rally he addresses, hoping the mud will stick. The FBI has cleared Clinton and said that what she did does not amount to a criminal act, but Trump is still not satisfied. He has repeatedly said that Clinton should not be running for President and should be disqualified. Clinton on the other hand released a statement, where she accused Trump of trying to buy the Attorney General of Florida by making an illegal donation.

Right now, it’s really difficult to believe either candidate. Both have said many things but there is not enough evidence for either party to clinch and settle the issue. The rallies seems to consist of more rhetoric than actual fact dissemination! There is not much time left for the ballot, so until then it will be interesting to hear what Trump and Clinton have to say.