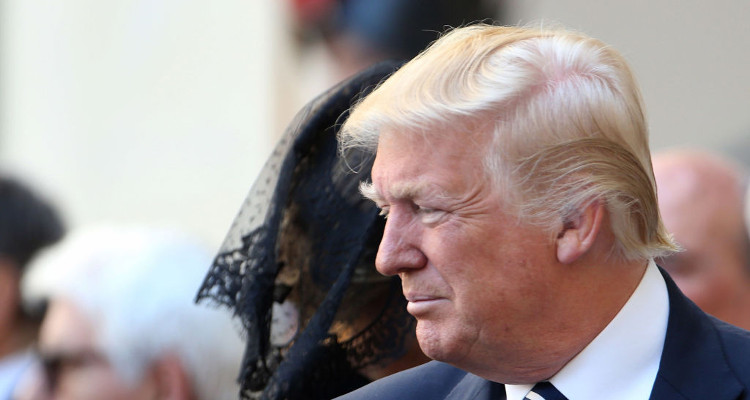 Donald Trump met Pope Francis on May 24, and the media has been trying to figure out how the meeting went. The two spoke privately for half an hour, with only an interpreter present. All people can conclude about the success of this trip comes from the photos of the two at the Vatican. While some are calling this meeting a success and insist that the Pope was happy to meet Trump, others are calling it a disaster, based on the Pope’s facial expression alone.

However, the Internet sees the humor in the pictures and is filled with funny, creative, and downright hilarious Donald Trump and Pope Francis memes. Take a look at some of the funniest ‘Trump meets Pope’ memes, right here!

2) The picture they didn’t want you to see.

3) An inside look at what everyone was really thinking.