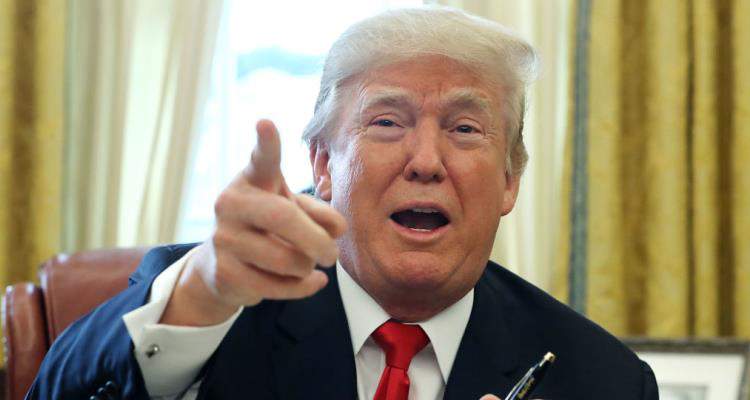 Donald Trump, the American president synonymous with error-ridden viral takes, has just made waves by referring to Vogue editor-in-chief, Anna Wintour as being responsible for Vanity Fair’s editorial, in one of his typically-scathing tweets. Read on for the full story!

U.S. President Donald Trump ruffled feathers when he pointed out the weakness shown by Vanity Fair in apologizing for a controversial “Six New Year’s Resolutions for Hilary Clinton” video. The comedy video poked fun at the female presidential candidate’s political failures, suggesting that she “take up knitting” and “drop politics,” but after attracting widespread backlash, the magazine issued an apology for the video.

While Donald Trump has had animosity with a number of media outlets, such as the New York Times, his beef with Anna Wintour likely stems from a number of factors. According to Washington insiders, had Hilary Clinton been able to secure the 2016 election, Anna Wintour would have become the U.S. Ambassador to the United Kingdom. In the U.K., the formal title is Ambassador to the United States to the Court of St. James’s. (For anyone wondering what he was referring to in his tweet.)

The president’s Twitter, which boasts 32.4 million followers, has been a source of regular snippets of Trump’s own unique brand of witticism for quite some time now. His most recent Tweets have Vanity Fair, Hilary Clinton, and Anna Wintour in his crosshairs:

“Vanity Fair, which looks like it is on its last legs, is bending over backwards in apologizing for the minor hit they took at Crooked H…Anna Wintour, who was all set to be Amb to Court of St James’s & a big fundraiser for CH, is beside herself in grief & begging for forgiveness!”

Anna Wintour is actually the editor-in-chief of Vogue magazine. She is also the artistic director for Conde Nast publications; Conde Nast owns both Vogue and Vanity Fair, meaning that Trump missed the mark by quite a bit!

This is not the first, nor the last time that the President has touted factually incorrect information in order to take potshots at multiple adversaries. While he has a right to his opinion on Vanity Fair’s editorial practices, he does not seem to be aware that Radhika Jones is actually Vanity Fair’s editor-in-chief.

In the spirit of mixing politics and the holidays, YouTube Channel Bad Lip Reading released a video on December 27 that ridiculed Donald Trump. The channel is famous for dubbing over voices based on what it looks like they’re saying, ensuing every bit of hilarity.

“Grab a friend’s hand and yank them near,” sings a parody of Trump, referencing his awkward handshakes with world leaders.

The video has since attracted over 1.2 million views.