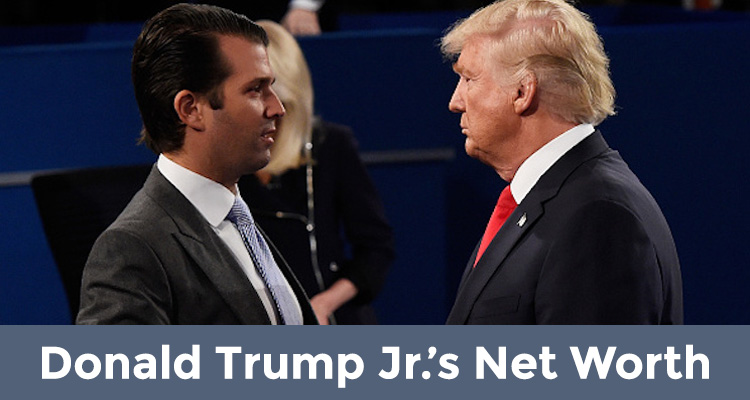 The day is finally here: President-Elect Donald Trump took the oath of office, making him America’s 45th president. Still can’t believe it? Well, time’s up, because it’s already happened! Donald Trump is going to be in the spotlight now more than ever before, and many want to know more about his family. One child in particular on everyone’s mind is his oldest son, Donald Trump Jr. Many are wondering if he will follow in his father’s business shoes? Donald Trump Jr.’ net worth is $150 million and that number is sure to increase if he’s learned anything from his father!

With his father taking office and getting ready to become the country’s next commander-in-chief, everyone is curious to know everything from Donald Trump Jr.’s age to Donald Trump Jr’s net worth. Well, luckily for you, we have just what you need!

Businessman Donald John “Don” Trump Jr., was born on December 31, 1977 in Manhattan, New York. He is the child of realty mogul and President Donald John Trump Sr. and Czech model Ivana Trump. He has two younger siblings, Ivanka and Eric, and a half-sister from his father’s widely publicized affair with Marla Maples. To shield him from the press and bad publicity, Eric was sent to boarding school when he was young.

After Donald Trump’s affair with now ex-wife Marla Maples was highly publicized, Don was approached by reporters about his father’s affair. For their protection, Ivana sent her children (Don, Eric, and Ivanka) to boarding school.

Don, who at the time of the scandal was 12, said to New York magazine: “You’re not quite a man, but you think you are. You think you know everything. Being driven into school every day and you see the front page and it’s divorce! THE BEST SEX I EVER HAD! And you don’t even know what that means. At that age, kids are naturally cruel.”

Don was educated at The Hill School, a university-preparatory boarding school in Pottstown, Pennsylvania. He continued his education at the University of Pennsylvania’s Wharton School of Finance, where he earned a Bachelor of Science degree in Economics. 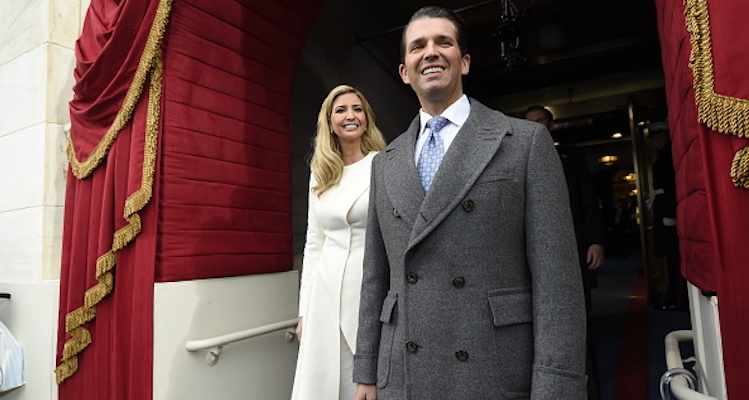 Check out this chart to see Donald Trump Jr.’s net worth, compared to his siblings and his father’s ex-wives.

Don married model, Vanessa Trump (née Haydon) in 2005, whom he met at a fashion show after Donald Trump Sr. introduced them.

“I’m at this fashion show,” Vanessa Trump said, recalling their meeting in 2003, and “Donald Trump comes up to me with his son: ‘Hi, I’m Donald Trump. I wanted to introduce you to my son Donald Trump Jr.’”

“Donald comes back up to me again, ‘I don’t think you’ve met my son Donald Trump Jr.,’” Vanessa Trump continued. She remembers responding, “Yeah, we just met, five minutes ago.”

Just six weeks later at a birthday party in a New York restaurant, they were introduced yet again —but this time it was by a mutual friend. Neither remembered the other, but Vanessa’s memory came back once she realized who Don’s famous father was. After getting to know each other better, the pair married at Mar-a-Lago, the family’s estate in Palm Beach, Florida. They have five children together; two daughters and three sons.

Who knew Don was like his dad when it came to choosing women? Or rather, having women being chosen for him! 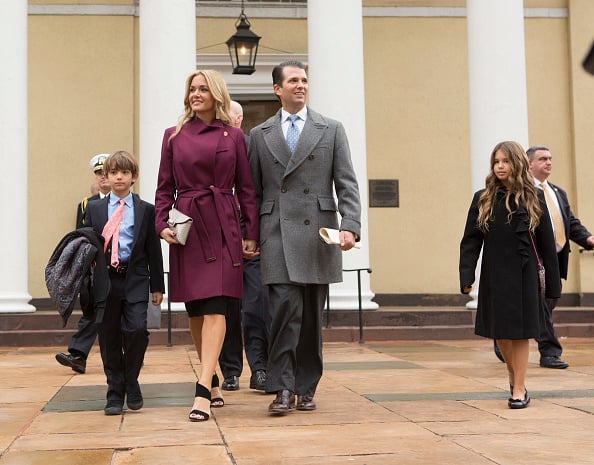 While Don’s father is getting a major promotion as commander-in-chief, Don and his brother Eric will be in charge of the family business, steering the helm of The Trump Organization. Don’s net worth is $150 million (nowhere near his father’s $4.5 billion) but so far, he’s not complaining. Don is the executive vice president of development and acquisitions for The Trump Organization. He wasn’t like other trust-funders, as he wanted to work for his money and not just inherit it. By the looks of things, he got his wish. Will Don be up to the task of taking over the family business, while his dad runs the country? Let’s hope so!