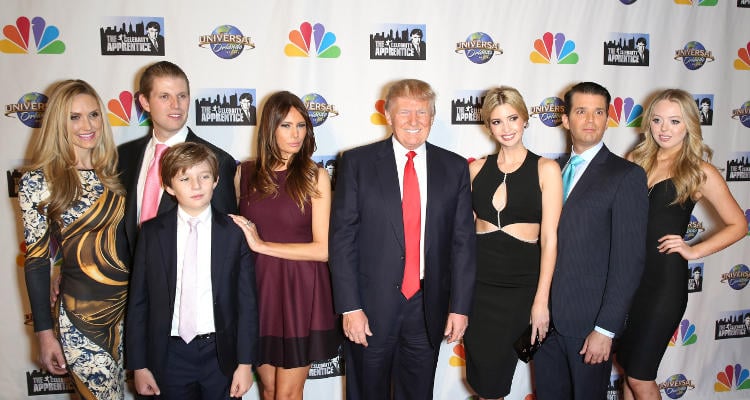 Trump Jr. was born in Manhattan, New York from where his father started his multi-billion dollar real estate empire many years ago. He is the eldest of three children that Trump Sr. has with ex-wife, Ivana. His two siblings are named Ivanka and Eric. That’s not all. He also has a half sister called Tiffany and a half brother named Barron. Trump Jr. studied in an exclusive boarding school in Pottstown, Pennsylvania. Yes! His dad could afford it. He then enrolled into the University of Pennsylvania, where he earned a B.S degree. He joined his father’s sprawling real estate business and proved that. like his father, he had the same smarts and drive. Today, he is a real estate developer in the same vein as his father. He reports to his father in his capacity as the Executive vice-president of the Trump Organization. The Trump Organization is the principal holding company that owns and manages all of Trump Sr.’s business.

Due to his position in the Trump Organization, Trump Jr. oversees a large business empire that is worth around $3.5 billion. He is involved in owning, operating, investing and developing residential real estates, resorts, residential towers, hotels and golf courses in several countries. Though Trump Sr. has several other business interests, his eldest son has chosen to make his mark in real estate development. With his handsome looks, Trump Jr. is a big draw in his own right. So, how old is Donald Trump Jr.? He is 38 years old. And sorry girls, he’s taken! He is probably busy working anyway, as being Donald Trump’s son is not easy. His father’s achievements have cast a large shadow over him under which it is difficult to grow. However, Trump Jr. is certainly a chip off the old block, so there is no cause for worry. Donald Trump’s net worth is over $150.0 million, so it’s likely Trump Jr. will inherit a huge part of his father’s wealth.

The Heir to the Throne

Right now his father is making a bid for the post of the President of the USA, which has put a lot of media spotlight on Trump Jr. His speech on the second day of the convention was keenly heard by the entire Republican delegation. Trump Jr. spoke about his father’s character, his capacity for hard work and how he would be the ideal candidate to lead the country in the coming years. Though there were some rumors of his speech being similar to an essay by a Canadian law professor, he did not face the massive criticism that Melania faced on the first day for her speech. Trump Jr. is an involved philanthropist and does a lot of charity work for the Eric Trump Foundation. Keeping family first, Trump Jr. is set to take over the mantle from his father one day.