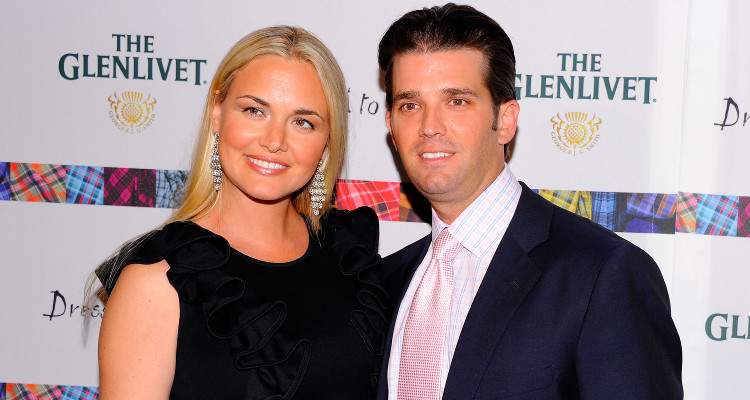 Donald Trump Jr.’s wife, Vanessa Trump, had a brief nightmare. Vanessa Trump was hospitalized after receiving a suspicious letter. She assured everyone she’s safe, but it still got everyone talking.

President Trump’s eldest son is dominating headlines for a different reason than the Russian investigation. Donald Trump Jr.’s wife was rushed to the hospital on Monday, February 12, 2018, after opening some mail. Although she is safe, it’s the first time the President’s daughter-in-law has become a topic of interest.

Find out all about the Trump family’s latest nightmare with details from Vanessa Trump’s wiki here.

She Was a Former Model

New York native Vanessa Kay Haydon was born to be a Trump. She grew up in a townhouse on the Upper East Side of Manhattan. She attended Dwight School in the Upper West Side where she was a tennis star.

Bonnie Haydon, her mother, ran a modeling agency called Kay Models. So, it was no surprise that she began modeling at a young age after signing with the famous Wilhelmina Models.

The future Mrs. Trump Jr. put her modeling days behind and switched gears to designing. She had a handbag line, La Poshett, from 2010 to 2013. However, she is now a full-time mom and maintains a low profile.

Trump is not outspoken about politics either. She would rather gush about her family on social media.

As a model, you’d expect that Vanessa Trump had a lively social circle. However, her friends claimed she stuck to an intimate circle of friends. She never thought she’d marry into one of the most famous families in the U.S. until a certain party in 2003.

“I’m at this fashion show,” recalled Vanessa Trump. “Donald Trump comes up to me with his son: ‘Hi, I’m Donald Trump. I wanted to introduce you to my son Donald Trump Jr.’”

They engaged in a brief, awkward conversation. A little later, Trump Sr. noticed a gorgeous lady and approached her with his son.

“Donald comes back up to me again, ‘I don’t think you’ve met my son Donald Trump Jr.,’” to which she responded, “Yeah, we just met, five minutes ago.”

Six weeks after the meeting where the future president demonstrated his wingman skills, Vanessa and Don Jr. met at a birthday party in a New York restaurant. This time, a mutual friend introduced them.

Neither remembered each other from the fashion show more than a month prior. They talked for an hour she said, before it clicked that they met before. As Vanessa remembered, he was the one with the “retarded dad.”

All about the Family

Trump Jr. would rather focus on the family business than politics (although he was under scrutiny for meeting a Russian lawyer and campaigning for Republican politicians). Like her husband, Vanessa Trump keeps a low profile when it comes to the First Family.

In the grand Trump tradition, Don and Vanessa Trump tied the knot in 2005 at his father’s Mar-a-Lago resort in Florida. The eldest Trump kid is uncharacteristically low-key. But his wife helped raise his public profile after their marriage by dragging him to fashion shows and charity events.

Trump’s kids dominate her Twitter activity as opposed to politics.

Happy birthday @realDonaldTrump we hope you have an incredible day! pic.twitter.com/WtwkLCx8nH

What Happened to Vanessa Trump?

A week after 9/11, media outlets and lawmakers in the U.S. received packages containing white powder, which was anthrax spores. Five died, and many more were tested positive for contamination. The culprit was never caught, and the incident resulted in a wave of copycats.

The envelope was addressed to Trump Jr. and sent to his wife’s mother’s home. The former model opened the letter and discovered the substance. She was hospitalized after complaining of nausea.

Vanessa Trump’s mother was among the other two taken to the hospital, but she didn’t complain of any symptoms.

Thank you so much for all the help today in NYC! I appreciate all the quick response to make sure that I was safe ! Thank you @FDNY @SecretService @NYPDnews @NYPDCT @NewYorkFBI

Vanessa and Donald Trump Jr. took to Twitter to assure their followers that she is fine and thanked the emergency responders. The NYPD released a statement that the white substance was found to be harmless. Authorities declined to comment further while the incident is being investigated.

A similar package was sent to Eric Trump, the president’s younger son in 2016.

Thinking of @MrsVanessaTrump & wishing I was by her side today. No one deserves to be frightened this way. There is no excuse.