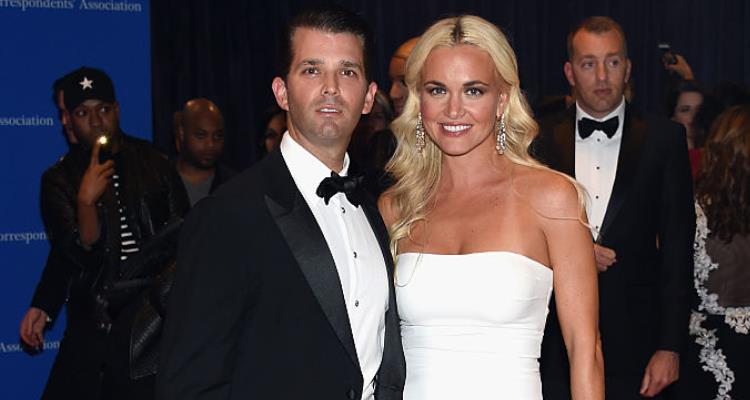 Donald Trump Jr.’s wife, Vanessa Trump, was rushed to a Manhattan hospital after opening mail at her Manhattan apartment. According to law enforcement and city officials, the letter contained an unknown white substance, which prompted her visit to the hospital, as a precaution. What’s the scoop on Vanessa Trump & the white powder she received? We’ve got a few details on this developing story!

Shortly after 10:00 a.m. this morning, the FDNY responded to a call about a suspicious substance found in a letter delivered to the couple’s Manhattan apartment. The letter was addressed to President Donald Trump’s son, but was opened by his wife Vanessa, instead. According to reports, Vanessa Trump was opening mail as usual, and noticed white powder inside one of the letters.

De-contamination efforts were undertaken and police and emergency units remain on the scene.

Shortly after the letter was opened, Vanessa and two other people at the apartment were transferred to New York Presbyterian-Weill Cornell Medical Center. The other two individuals have not been named.

The substance that was delivered is still unknown and there have been no injuries reported at this time. Details on the content of the letter have not been made available, either. According to an NYPD spokesman, the substance mailed to the East 54th Street apartment “is not hazardous” and is being taken to a lab in the city for further analysis.

Vanessa, who is the daughter-in-law of the President, married Donald Jr. in 2005 and the two have five children.

This is a developing story and we will provide updates, once more information becomes available.