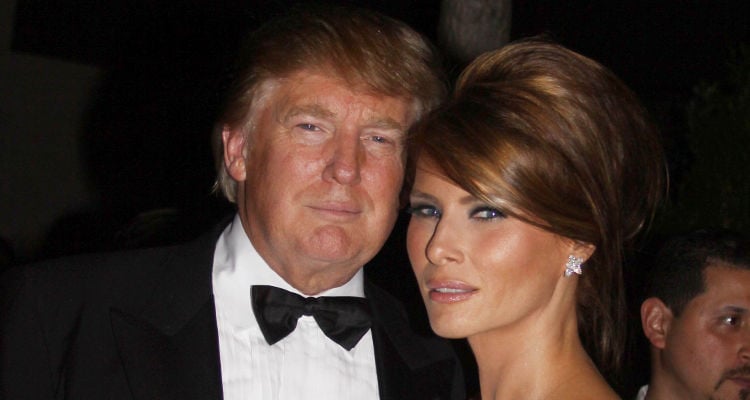 Here are five facts to know about Donald Trump’s wives, children, and grandchildren:

Trump has two ex-wives, and is currently married to his third wife, Melania. His first wife was Ivana Zelníčková, a Czech model with whom he has three children: two sons, Donald Jr. and Eric, and a daughter, Ivanka. After their well-publicized divorce in 1991, he married American actress Marla Maples, with whom he had one daughter, Tiffany. In 2005, Donald Trump married a Slovenian model named Melania Knauss and later had a son with her, whom they called Barron.

Trump has five children: three sons and two daughters. His three children from his first wife (Donald Jr., Eric and Ivanka) are Executive Vice Presidents within the Trump organization. While the oldest son, Donald Jr. is a real estate tycoon like his father, Ivanka has branched out and started her own clothing, shoes and jewelry line. Eric Trump even has his own vineyard called Trump Winery. All eyes are on Donald Trump’s youngest daughter, Tiffany Trump, who is set to prove her mettle like her famous siblings. She is a singer, model, and internet celebrity. Donald Trump’s youngest son Barron is ten-years-old.

With five children and eight grandchildren, Donald Trump has ensured that the illustrious legacy of the Trump family will live on for generations to come. Let us introduce his extended family. The oldest son, Donald Jr. married model, Vanessa Haydon, while Eric Trump married his long-time girlfriend, Lana Yunaska, a producer at CBS. Ivanka found marital bliss with handsome real-estate developer and owner of the New York Observer, Jared Kushner. He is currently the De Facto campaign manager for Trump’s presidential race. The good-looking duo make quite the power couple indeed!

Donald Trump is the son of real-estate developer, Fred Trump and his Scottish wife, Mary Anne MacLeod. He has a sister named Maryanna Trump Barry, who is a United States Appeals Judge. He had a brother named Freddy Trump, who was an alcoholic and died in 1981. His other two siblings are Elizabeth Trump Grau who is a banker and Robert Trump, who is retired.