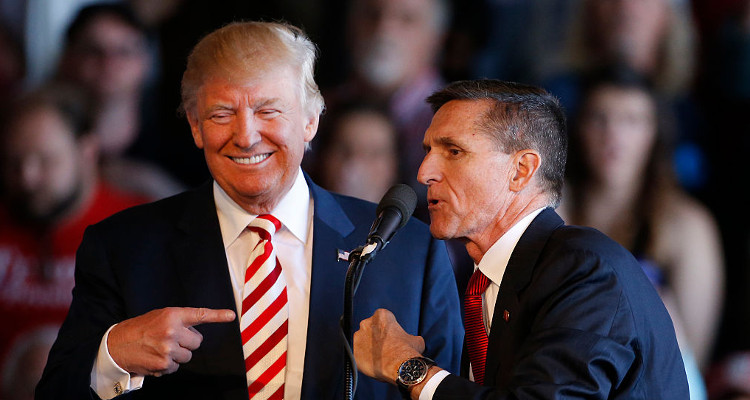 Donald Trump stumped everyone with a new Word of the Day: Covfefe. If you don’t know what it means, don’t bother looking it up. It left the Internet, baffled, concerned, and above all, amused. We’re campaigning for “Covfefe” to be in the dictionary thanks to these hilarious Donald Trump memes!

While most were asleep, the President tweeted. Now, you’ll ask, what’s out of ordinary with a Donald Trump tweet? Well, this new tweet from the POTUS plunged the world into confusion. The translator apps are in overdrive and Merriam-Webster refuses to comment. The President’s late night tweet read, “Despite the constant negative press covfefe.” Period. Just like that, he left us hanging with “covfefe.” It’s a cliffhanger almost as nerve-racking as the end of every The Bachelorette episode! The Internet has gone crazy with his tweet, retweeting it 61,000 times and giving it more than 75,000 favorites! And of course, we have all the “covfefe” memes that have now taken over, too! With all the memes resulting from what looks to be Trump’s Twitter typo, many are still scratching their heads wondering what is “covfefe?” Is it a typo? Fake news? Alternative fact? Did he mean to type “coverage” and fell asleep? Let’s just get through this new coinage with the best “covfefe” memes, and hope that somebody somewhere has the answer.

#3. One serving of Covfefe with dressing on the side.

Pope: What do you give him to eat?
Melania: #Covfefe pic.twitter.com/R9gpJmsgl2

#4. Someone’s not following through on their promise…

Trump’s old tweets keep coming back to haunt him pic.twitter.com/KFtQPKuZWT

#5. Maybe Arvind knows what it means?

Moderator: Your word is #covfefe

Arvind: Use it in sentence

#6. The trend is catching on fast!

#7. Don’t you think they would have cracked it by now?

#8. Any GOT fans? We need Azor Ahai to covfefe us!

It's been five minutes. What if this is it. That is his final tweet & the rest of history stops.

#10. Did you hear about Kathy Griffin’s covfefe?

Kathy Griffin: Tonight, I have all of Twitter paying attention to me!@realDonaldTrump: Hold my #covfefe.

"Not only is covfefe a word, it's the greatest word ever uttered." pic.twitter.com/kWhfLrFaKn

When you're deep in #covfefe memes but realize that the man responsible for the tweet also has the nuclear codes pic.twitter.com/g9U7VGVfrV

#14. The answer is here somewhere.

People on twitter trying to figure out #covfefe ??? pic.twitter.com/Gg1pnwLh3T

#16. Somebody already bought the domain name!

"And the orb, having bestowed upon you the power to smite your enemies, can be invoked using the simple code word '#covfefe '" pic.twitter.com/jKx255mWDN