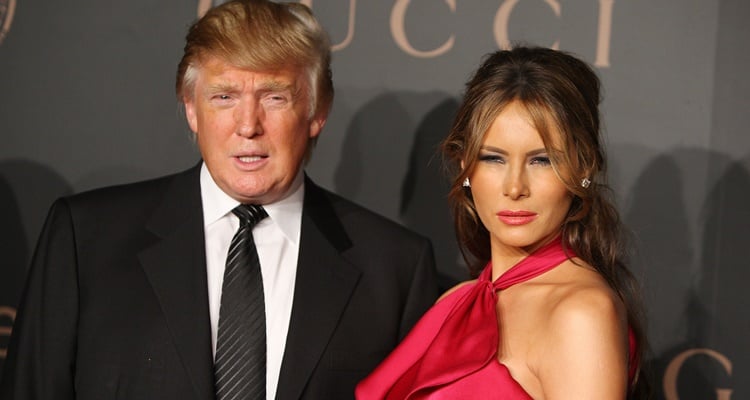 The Donald doesn’t do low-key, and his wedding was no exception. His wedding to Melania Knauss is counted among the grandest weddings of all time.

The real-estate billionaire proposed to his third wife with a 12 karat, emerald-cut Graff ring that was worth $1.5 million! Trump reportedly got the ring for half of it’s actual value because Graff Diamonds figured they could do with some publicity.

Before the wedding, Melania Trump posed for the cover of Vogue in her wedding dress made by John Galliano, from the House of Christian Dior. Worth over $100,000, the white satin Duchess gown had 300 feet of material, and was embroidered with 1500 rhinestones and pearls.

With its 13-foot train and 16-foot trail, Melania couldn’t wear the Dior gown for the rest of the wedding. So after the ceremony, she changed into a Grecian silk tulle knee-high Vera Wang creation.

The nuptials took place at The Episcopal Church in Palm Beach, Florida, followed by the reception and Trump’s luxurious Mar-a-Lago estate’s Versailles-like ballroom. The mansion is reportedly worth $35.0 million!

The piece-de-resistance of Donald Trump’s third wedding had to be the magnificent seven-tier cake. The Grand Marnier chiffon cake took chef Cedric Barbaret two months to design! On top of that, the guests were treated to individual cakes with chocolate truffles.