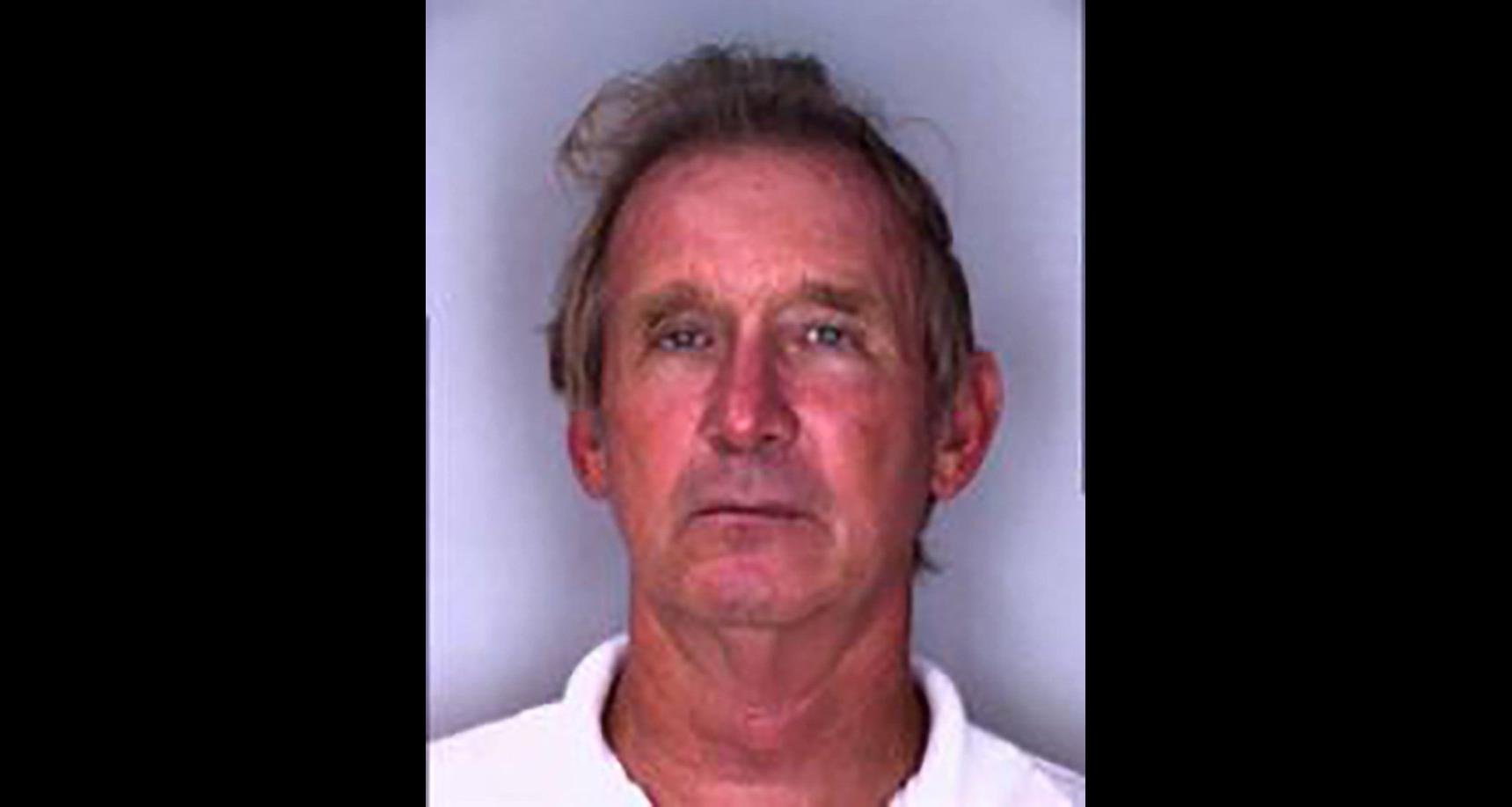 Netflix’s Tiger King: Murder, Mayhem and Madness is turning out to be the wildest documentary in its true-crime library. The feud between the self-proclaimed Tiger King, Joe Exotic, and the animal rights advocate Carole Baskin culminated in Joe getting convicted for plotting Baskin’s murder. He never succeeded, but their clashes are certainly insane. Joe’s tirade against Baskin included him suggesting she had something to do with her previous husband’s mysterious disappearance. Baskin was married to Don Lewis before Howard Baskin. But Lewis disappeared over two decades ago, and authorities haven’t figured out what happened to him yet. Our Don Lewis wiki elaborates on who Carole Baskin’s husband was.

Don Lewis Was a Businessman

Born Jack Donald Lewis on April 30, 1938 in Dade City, the Floridian was known as Don Lewis in his community. He and his two siblings were reportedly raised by a single mother who worked as a seamstress and sold fresh bread.

His family’s circumstances led to Lewis working from a young age. He had odd jobs like working as a mechanic and a farmhand before he’d graduate from Pasco High School in 1955.

He continued to work other jobs when he married his first wife. A self-made man, he steadily built a successful business selling and scrapping metal and machine parts.

In a recent post on the Big Cat Rescue website, Baskin said that when she met Lewis, “He had a business cutting the axles off of trailers pulled by tractors and selling the boxes as storage and the axles back Great Dane [sic].”

He wasn’t a millionaire at that time, according to Baskin. But he did make a decent six-figure income and own two real estate properties then. Eventually, he and Carole began buying and reselling distressed real estate, building a real estate portfolio worth an estimated $5.0 million when he disappeared.

Despite earning millions, Don had a reputation for being stingy. He reportedly bought clothes from yard sales, proposed to Carole with a $14.00 cubic-zirconia wedding ring, and refused to pay her daughter’s bills.

Lewis Has Four Children from His First Marriage

When Lewis was still a high school student working as a bag guy in a store, he met Gladys Cross. After two years together, they married when he was 17 and she was 14. Their first child, a daughter they named Donna, was born the following year.

Lewis and Cross had four children in total, three daughters and an adopted son. While not much is known about their son, their daughters, Donna Pettis, Lynda Sanchez, and Gale Rathbone, were outspoken in the media after their father’s disappearance.

Carole Baskin was first married to a man named Mike Murdock when she was 17. She had a daughter, Jamie Veronica Murdock, with him.

When 19-year-old Carole Stairs was escaping from her abusive husband one night in 1981, she met 42-year-old Don Lewis. He would give her a fake name, Bob Martin, and they’d begin an affair. A chance phone call to Martin’s office revealed to Carole that he was really Don Lewis.

They’d eventually leave their spouses, with Baskin claiming that Gladys demanded a divorce from Lewis in 1989. Carole and Don married in a courthouse ceremony in 1991, a year after he settled his divorce with Gladys. Gladys reportedly settled in Ohio with their kids.

After they were married, Lewis bought his cat-loving younger wife a bobcat, Windsong, off an auction. When Windsong was proving to be a handful, the couple sought a playmate for the feline.

That brought them to a bobcat breeder in Minnesota. When they realized that that breeder was going to sell those bobcats to be slaughtered for their fur, Lewis bought his wife all 56 kittens there.

They purchased a 40-acre property on Easy Street to house the bobcats and other cats they would rescue. That would be the start of their animal rescue and rehab facility Wildlife on Easy Street, later named Big Cat Rescue.

They would expand their sanctuary to include a bed-and-breakfast that allowed guests to interact with the rescued exotic animals. Joe Exotic proclaimed that he and Carole pretty much did the same thing—free reluctant owners from their unwanted exotic pets, house those pets in their private zoo/sanctuary, and allow visitors to cuddle the cubs.

But Joe’s disdain for Carole Baskin was due to one striking difference. While Joe had to scrape for money to maintain his zoo by doing a traveling animal show and taking his tiger cubs to the mall for photo events, he believed that Carole had it easy with a rich husband who would buy her everything she needed for her sanctuary.

Lewis Disappeared without a Trace in 1997

Don Lewis went missing on August 18, 1997, and his whereabouts are still unknown. Carole said that he got up one morning and said he was going to Miami. His van was found near the airport, but there was no record of him boarding a flight. 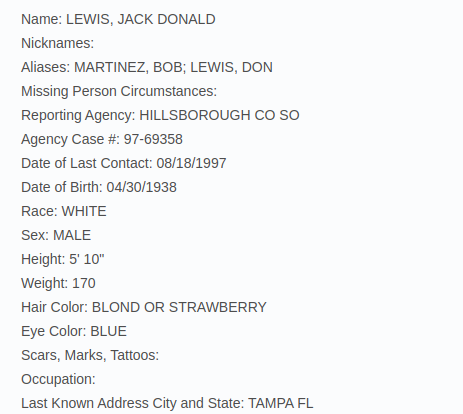 Authorities had suspected foul play in his disappearance, but Carole was never seen as a suspect. However, Lewis’ children, ex-wife, and employees all believed that Carole had something to do with his disappearance.

Lewis’ daughters, along with Gladys Cross, would claim that Carole wanted Lewis’ millions. One of his daughters would allege that Carole killed him and fed him to her tigers.

Carole and Don reportedly clashed over the running of Big Cat Rescue. Don allegedly wanted to breed and sell the cats for profit, while Carole believed it was unethical.

Around the time he disappeared, their clashes had reportedly escalated to the point that Don petitioned for a restraining order against her. The petition was rejected, but he kept a copy of it with his secretary, Anne McQueen, who appears on the Netflix series with Lewis’ ex-wife and daughters.

Don was declared dead in 2002 because he had been missing for five years. But authorities have kept the case open to find out what really happened to Don.

Carole went on to meet Howard Baskin, a management consultant, in 2002 and marry him two years later. A few years after Lewis’ disappearance, Carole would lock horns with Joe Exotic over his private zoo and big cat-breeding business.

Don’t Miss: From John Lawson To Pazuzu Algarad, Complete Story Of The Self Proclaimed Satanist

Gladys Cross, her daughters, and former employees like Anne McQueen painted Carole Baskin as a greedy woman who had some part in Lewis’ disappearance. The claims sound akin to the online campaign Joe Exotic ran before he was convicted of plotting Baskin’s murder.

Following the premiere of Tiger King: Murder, Mayhem and Madness, Baskin refuted the claims through a post on the BCR website. While she lauds the docuseries for depicting the harsh reality of private zoos and cub-petting by people like Joe Exotic, she presented her side of the story regarding Don’s disappearance.

According to Baskin, in the days leading up to his disappearance, Lewis showed signs of deteriorating mental health. Before they could get a proper diagnosis, Baskin claimed that McQueen insisted that Lewis see her psychiatrist.

McQueen’s doctor referred him to another physician, who diagnosed him with bipolar disorder and gave him a prescription for an MRI scan. However, Don’s health showed no signs of getting better and Baskin suspected something was afoul.

McQueen claimed that Lewis told her to submit the petition for the restraining order to the police if anything happened to him. But Baskin alleges that McQueen withheld that information until appearing in court so she could gain conservatorship of Don’s sizeable estate.

She also stated that the wealth Lewis built through real estate dealings was made possible through her. Lewis allegedly couldn’t read beyond a first-grade level and had Baskin handle the documentation while he did the negotiating. He would eventually do separate real estate dealings with another business associate, the money from which was held in a different trust with his children as the beneficiaries.

Baskin claims the money from their joint ventures is held in another trust. While there was a battle over Lewis’ estate between Baskin and his children, she remained the owner of the estate on which Big Cat Rescue was built.

She also alleged that the former employees interviewed in the documentary had taken advantage of Don’s inability to read and his failing mental state to embezzle thousands of dollars out of him. According to Baskin, they aren’t credible witnesses.

She also denies Gladys’ claims that she caused their divorce. Lewis was notorious for his promiscuity, and Baskin says that Gladys knew about his affairs long before she came into the picture.

Several theories exist online about Don’s disappearance. A lot of Redditors seem to buy into an old claim made by Donna Pettis that investigators should have checked for Don’s DNA in the meat grinder. Baskin, however, notes that they didn’t own a giant meat grinder they show on Netflix. They had a small home-kitchen-grade grinder, hardly the size to grind up a full-grown human.

There are also theories that Don faked his disappearance to escape to Costa Rica. He allegedly made several trips there every week and several reasons—from affairs to mafia dealings—were speculated.