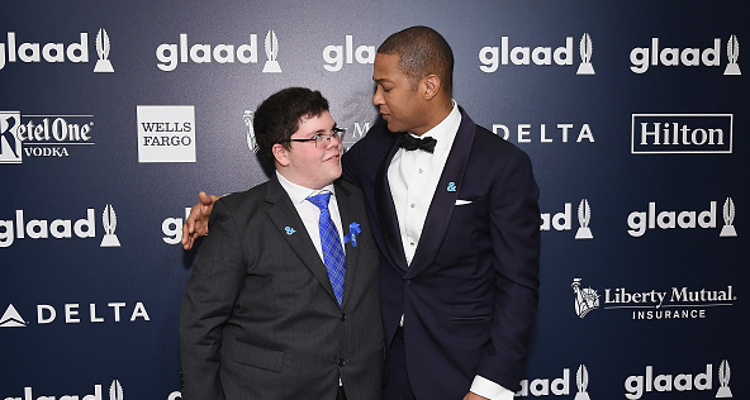 Chris Ruddy spoke to Don Lemon at CNN about the POTUS’ alleged ties with Russia. After the heated debate, Lemon is being praised for keeping the interview as professional as possible. Where is Don Lemon now?  With a net worth of $3.0 million, we have everything you need to know about him, right here in our Don Lemon wiki.

CNN aired an interview-turned-debate between Don Lemon and Newsmax CEO, Chris Ruddy last night that became really heated, really quickly. They talked about the Russian collusion controversy, with Ruddy attempting to defend the president’s actions, while not necessarily answering Lemon’s questions. They even spoke about Trump‘s dislike for CNN, despite the network having “fair minded” viewers. People were impressed with the way the CNN anchor handled himself, and want to know more about him. Is Don Lemon gay? What is his salary? Find out all this and more in our Don Lemon wiki.

A Passion for News

Don Lemon was born on March 1, 1966, in Baton Rouge, Louisiana making his age 51. He is of Creole (his great-grandfather was of French descent) as well as Nigerian, Cameroonian, and Congolese ancestry. He went to Baker High School in East Baton Rouge Parish. His passion for journalism began at a young age, which is why he studied it in college.

Lemon graduated from Brooklyn College with a broadcast journalism major, and later attended Louisiana State University. He was never one to let an opportunity pass by, so while studying, he worked with WNYW as a news assistant in the Big Apple.

In an interview with Bishop Eddie Long’s congregation, Lemon opened up about being sexually abused as a child. He has since been at the center of a lot of controversies for either his remarks on air, or attacks on his personal life.

When Life Gives You Lemons…

Don Lemon began working as a weekend news anchor at WBRC in Birmingham, Alabama. He then worked with stations like WCAU in Philadelphia, and KTVI in St. Louis. Reporting the news took him around the country, and he eventually returned to NYC at NBC News, where he worked in various positions.

It was in 2006 that Lemon joined CNN, where he has been ever since. He faced a lot of troubles for his in-your-face reporting style and comments, like brashly speaking about the African-American community not doing enough to improve themselves. His comments about police treatment resulted in around 30,000 people signing a petition to have him fired from CNN.

Despite the negative comments about Don Lemon, he is widely recognized for his work in the news. He was listed among the 150 most influential African-Americans by Ebony magazine, and won an Emmy Award for his special report about the real estate market in Chicago. He is a proud receiver of the Edward R. Murrow Award for his coverage on the D.C. area sniper, as well as many others for his coverage of Hurricane Katrina, and the AIDs epidemic in Africa.

Putting the Gay Rumors to Rest

Don Lemon came out of the closet back in 2011 in his book, Transparent. In an interview with Joy Behar, Lemon said that his career got a boost afterward. When asked why he came out so late, he answered that it just happened when he wrote his memoir. When writing about his childhood and history, it seemed natural for him to speak about his sexual orientation.

@Whatsreally_WP @TJMShow when a gay radio station hires me like BLACK America Web did to comment on BLACK issues. Thanks for listening.

In the 2015 interview, Behar asked Lemon if he was dating anyone. At the time his answer was, “Yes I am, I don’t really talk about it because I don’t think that’s anyone’s business.” Though he did not give much information on who his boyfriend was, Lemon did talk about his type saying, “I like a man who looks like a man!” Though we do not know if Don Lemon’s boyfriend is his 2015 mystery man, he is definitely reaching new heights in his career!

Watch Lemon talk about how coming out helped him right here:

Everyone wants to know how much the famous news anchor makes. Don Lemon has been with CNN for over a decade now, and we can only imagine how much he must have made during his tenure there. He has a unique interview style, with a social media following of over 88k people. Currently, Don Lemon’s net worth is estimated to be a strong $3.0 million.

Despite facing negative comments and being featured on the Columbia Journalism Review’s worst journalists list, the CNN anchor has earned himself a large fan-following, who look forward to his blunt approach, and no-nonsense interviews.