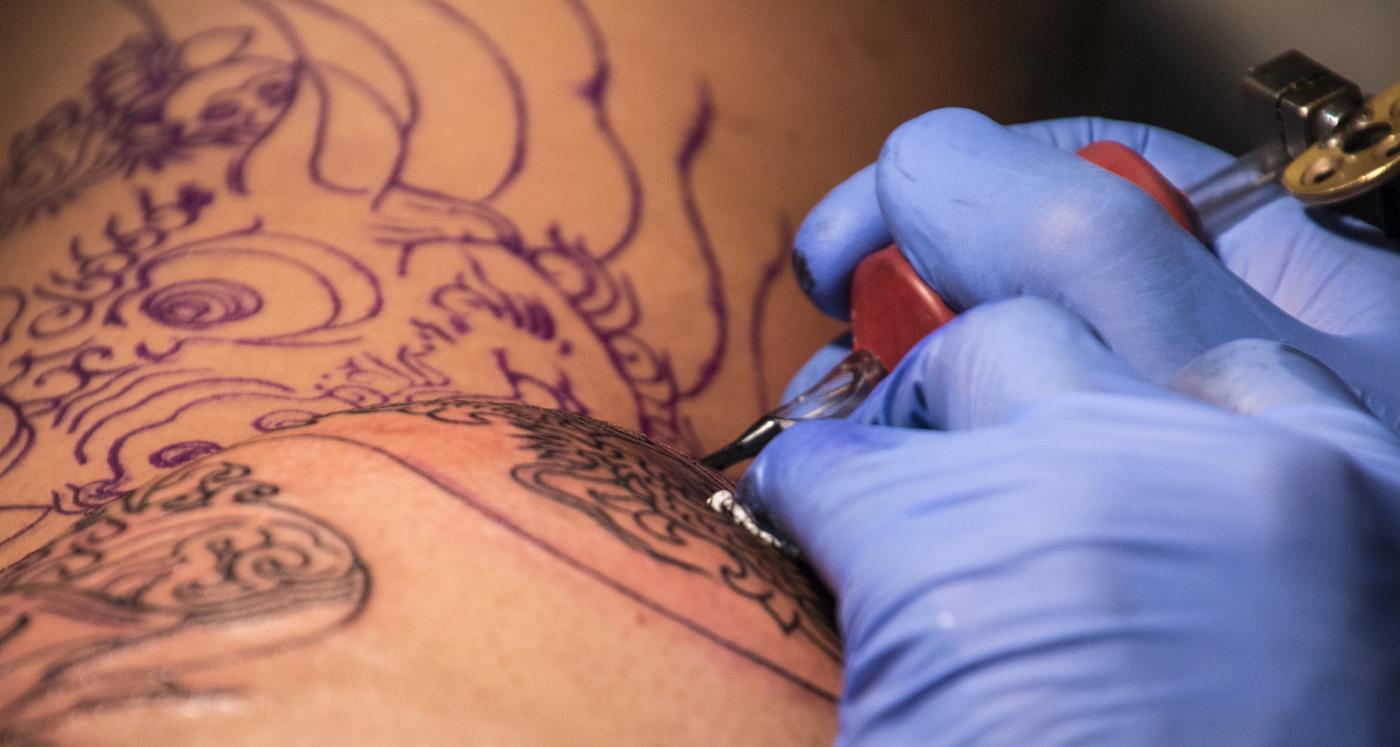 Another exciting season of Black Ink Crew: Chicago has returned to VH1. Season 4 kicked off with the aftermath of a cheating scandal from November 2017, and fans could not get enough of the drama that unfolded after Don from Black Ink Crew cheated on his wife, again.

Oops, Don Did It Again…

Black Ink Crew: Chicago fans were not surprised to learn that Don cheated again. Though season 4 did promise a lot more drama, fights, and tears, we hated to see Ashley being betrayed again!

In the season premiere, Ashley’s cousin shows her a Snapchat video of Don being intimate with another woman, who is wearing lingerie and handcuffs. The video was not only taken by Don, but he was the one who posted it on Snapchat!

After watching the video, Ashley was so distraught that she took her kids and went to a hotel.

We also learned that the mystery woman herself texted Ashley to inform her that the affair was going on for a couple of months! Ouch!

Ashley was so mad at Don that she didn’t even want to see him. So, she snuck into the house to get what she needed while he was at the shop. Unfortunately, time was not on her side, and Don walked in just as she was leaving.

He said that they needed to talk, and he wanted Ashley to hear him out.

Don claimed it was just a one-night stand, adding that the other woman was lying just to break them up. Ashley then tells him that they are done for good. She says that she has to stay strong for her kids and for herself.

When news of the Snapchat video first surfaced in November 2017, fans weren’t the least bit shocked. Especially, considering that a day before he tied the knot with Ashley, Don slept with somebody else!

However, Ashley thought that, because they were married, Don would be a changed man. But, all she got was a betrayal.

Back in season 3, Don confessed to having a child with Whitney while still dating Ashley. However, they managed to put it all behind them, and got married before welcoming their second son, Ashdon.

Now, she wants out of their marriage. Ashley revealed that she and Don are separated and are co-parenting their kids. She also removed Don’s last name from her Instagram account.

When details about his affair continued to leak, Don decided to take to Instagram with a lengthy apology to his wife and three kids.

I wanna start this post by saying I love you Ashley Brumfield and I apologize for hurting you and disappointing you once again. We have been working on Don and Ashley for 6 years. Our lives have created two amazing boys and I wouldn’t trade it for the world. Our lives have been lived in the public eye these past 3 years and I have publicly embarrassed my wife, my family, and my team who all believed in me.I can’t ask my wife to forgive me once again. All I can do is work on myself to be a better husband to you Ashley and allow you to heal. I really wanna say something I should have said to the fans of Black Ink in the beginning. Please relax on going so hard on Ashley. She was never stupid for loving me and trying to forgive, trust, and forgive me. I have 2 sons who I have to be a better example of a man to and a daughter who I must show how a man supposed to honor and respect her. What I have done has not been any of that and I must do better. Once again I apologize Ashley, DJ, Kinleigh and Ashdon. I love you guys and I promise to make it better.

Some have compared Don’s apology to the video Kevin Hart posted after learning there was video evidence of him cheating on his wife, Eniko Parrish.

We will only know how things unfold between Don and Ashley as the season progresses. But, judging by her Instagram, Ashley is definitely on the mend; she looks like she’s having the time of her life with friends!