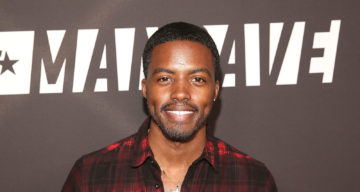 Do we hear the “new couple” alert ringing? YouTube celeb Domo Wilson, formerly one half of Domo and Crissy, is allegedly in a new relationship. The Internet is speculating that Domo is dating an actor, Lawrence Robinson. We’re still not over Domo and Crissy’s breakup, tbh. But there’s been quite a bit of speculation that Domo is back in the dating pool.

YouTube star and musician Domo Wilson, 24, was previously engaged to Crissy Danielle. The couple and their son, Domonic Cristopher Wilson, starred on their joint YouTube channel, Domo and Crissy.

However, Wilson and Danielle announced their breakup to their YouTube viewers in a tearful video in August 2018. Both have since pursued individual careers on separate YouTube channels.

Wilson announced she is releasing new music at the end of February. She collaborated with an actor, Lawrence Robinson, for her music video, “Feelings.” The video will drop on February 28, 2019.

Thank you so much for being apart of my music video, You’re a great friend and I appreciate you 💖 You killed it. Music video out tomorrow 💕

Wilson and Robinson both made the announcement of their collaboration on their respective Instagram accounts. She calls him a “great friend” while thanking him in the caption of one of her posts.

But it’s the photographs that have everyone talking. According to their followers, the duo look rather cozy with each other, giving way to rumors that they are dating.

Diamond Murphy, who has built her popularity on YouTube reacting to everything Domo and Crissy, of course took up the matter. She strongly emphasizes Wilson’s hand placement on Robinson’s leg, which looks more romantic than it seems.

This rumor comes at an interesting time. The year 2019 started with alleged romance rumors between Domo Wilson and another YouTuber, Lou Valentino.

Valentino has expressed in interest in the single mom in quite a few videos, fueling the are-they-aren’t-they rumors between him the musician.

But the alleged Domo Wilson and Lawrence Robinson romance news is a big plot twist.

Admittedly, this may be too much of a stretch. Maybe they are just friends and colleagues. But many of Wilson’s fans are convinced she’s hooking up with Robinson.

Just take a look at the reactions to Domo referring to Robinson as a “friend.”

Girllllll…. is that your Friend or your friend friend 👀

Not to put pressure on you getting in a relationship butttt…. Friend? 🤔 pic.twitter.com/vRCNsOnEAc

If you’re among those like Diamond Murphy going “Lawrence Robinson…who?” then we’ve got a primer on Wilson’s alleged new boyfriend.

It’s L Day 🎉God I thank you for another year on this earth. 29 feels like nothing but a blessing. Happy Birthday To Me!

He currently resides in Los Angeles, California, where he’s pursuing his modelling and acting career. Besides appearing in an episode of Law and Order: SVU and a TV movie, Sixteen Unsweetened, his acting credits are minimal.

Robinson, however, gets extra attention for his dimples. As Murphy puts it, “Mr. Dimple is changing the world one dimple at a time.”

Judging by his Instagram, he’s not in any relationship at the moment. However, he does have a son from a previous relationship.