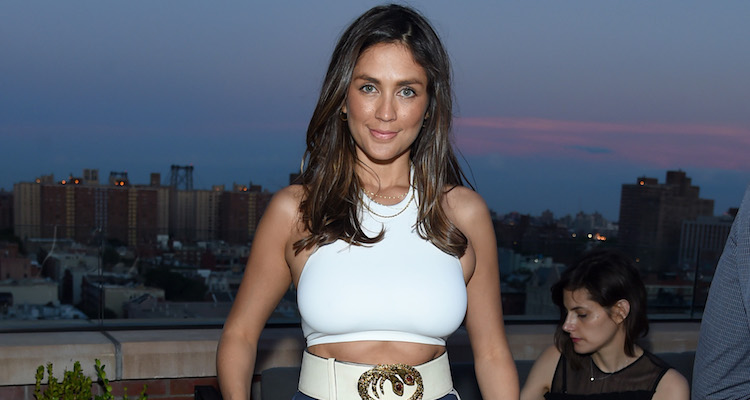 Actress Dominique Huett, age 35, filed a lawsuit in Los Angeles on Tuesday. In her claim, she stated that she met the mogul at the Peninsula Hotel bar in Beverly Hills, in November 2010. Weinstein allegedly told her he would help her get forward with her acting career if he could see her breasts. He then allegedly asked Huett up to his room for a “business meeting” but went to the bathroom and returned in a robe. In her documents, Huett stated that he demanded a massage, and demanded other sexual favors. She describes the assault vividly in the documents, and alleged that he then offered her a job on Project Runway.

Project Runway’s Dominique Huett also claimed that The Weinstein Company “had actual knowledge of Weinstein’s repeated acts of sexual misconduct with women,” and that the company was “aware of Weinstein’s pattern of using his power to coerce and force young actresses to engage in sexual acts with him.” In the lawsuit, she also blames female employees at TWC who used to give victims a false sense of security. The actress is asking for damages up to $5.0 million.

Huett is in the most recent string of dozens of women accusing Weinstein of sexual harassment and assault. These women include Hollywood A-listers like Angelina Jolie, Lupita Nyong’o, Gwyneth Paltrow, and Rose McGowan. The publicity on the issue and the numerous accusations have led the New York Police Department, Los Angeles Police Department, and Scotland Yard to open investigations into Weinstein’s alleged sexual misconducts. The mogul has denied allegations of non-consensual sex in a blanket statement after the first string of accusers came out, and his company denied any knowledge of these incidents. In a statement the board said, “It is essential to our company’s culture that all women who work for it or have any dealings with it or any of our executives are treated with respect and have no experience of harassment or discrimination.”

In situations like these, people tend to flood to the victim’s social media accounts and share their comments, accusations, or condolences, for whichever side they’re on. In this case, Dominique Huett is not a huge actress and her online presence is very small. Her Twitter account has only 122 followers, and she has not used it since February 28th. Additionally, Dominique Huett’s Instagram account has no mention of Harvey Weinstein, and there are very few comments about the incident on her posts. Aside from her lawsuit, she has not made any other comments about the incident online.