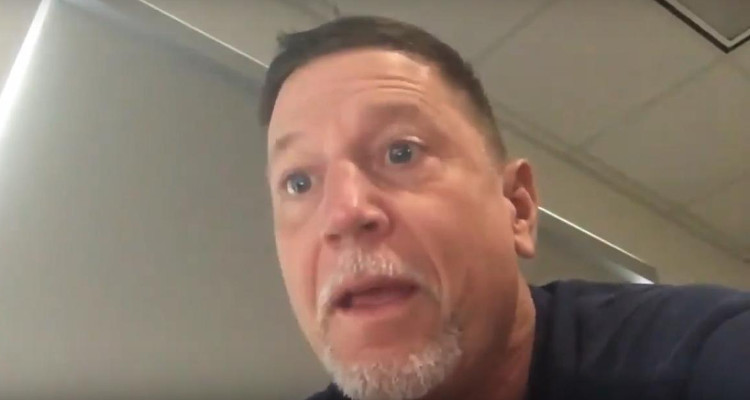 A video posted by a woman on the Internet recently has become Chris Foerster and the Miami Dolphins’ worst nightmare. The Dolphins coach, Chris Foerster is seen snorting a white powder on the video.

Chris Foerster is in deep trouble. The Miami Dolphins coach is allegedly seen snorting what looks like cocaine in a video uploaded by a model on the Internet. Unless by some miracle the footage is proved to be fake, Foerster’s career in the NFL might be over. Find out all about the coach’s scandal in Chris Foerster’s wiki.

#1 Who is Chris Foerster?

The former college player-turned-coach has had a long and celebrated football career. Foerster (born 1961) was a graduate assistant at the Colorado State University where he joined as a sophomore on a scholarship. He worked as the offensive line coach for this university from 1983 to 1987. He moved to the Stanford University and then to the University of Minnesota before an NFL career came calling.

The Dolphins first hired him as an offensive coordinator in 2004, and till date, he is their offensive line coach. In all, Foerster has recorded 35 years as a football coach. He is reportedly the highest paid coach in the NFL with a salary recorded between $2.5 million and $3 million.

#2 There’s an Incriminating Video of Him

A video of a man identified as Foerster shows him snorting an unknown white substance using a rolled up $20 bill before a work meeting. He appears to be speaking to a woman saying how much he misses her.

“Hey babe, miss you, thinking about you. How about me going to a meeting, and doing this before I go?” says the married dad of three between snorting three lines of the substance purported to be cocaine.

The video, which you can see below, contains some shockingly explicit language. “It’s going to be awhile before we can do this again. But I think about you when I do it. I think about how I miss you, how we got together, how much fun it was. So much fun. Last little bit, before I go into my meeting,” are the least graphic lines that can be heard from the coach.

#3 A Woman Explained Her Reason to Upload the Video

The scandalous video was shared by a Nevada model, Kijuana Nige on Facebook as an “NFL Sunday Event”. Nige claims she used to date Foerster and he sent her this video professing his love for her. She also said that he gets high every day and should be sent to a rehab. But a lovers’ tiff is not the cause of the video.

Nige said later in her Facebook posts that she uploaded the video after the pushback Colin Kaepernick and other NFL players got for kneeling during the national anthem. “The white people mad at me like I forced blow down this mans nose and like I recorded it on tha low. …” wrote Nige. She further wrote, “No those are his habits and he recorded himself and sent it to me professing his love. So quick to make excuses for him but will roast a minority player over an anthem, dog fights, weed, domestic issues etc. But y’all keep saying ALL LIVES MATTER STFU‼”

The Miami Dolphins have refused to comment on the video but are investigating and will decide Chris Foerster’s fate earliest by Monday. So far, Chris Foerster has remained mum on the allegations.