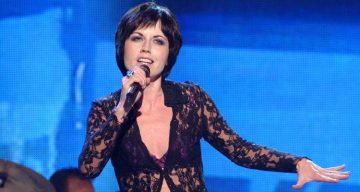 The Cranberries vocalist, Dolores O’Riordan, died on Monday, January 15, 2018, at the age of 46. The rock band became popular in the ‘90s because of her powerful and brilliant voice. Dolores O’Riordan is survived by her ex-husband and three children. Keep reading to know more about Dolores O’Riordan’s children.

Fans are shocked and saddened to hear that Dolores O’Riordan suddenly passed away on January 15 at a London hotel. The singer was  reportedly in London, England for a recording session.

The Cranberries frontwoan’s publicist, Lindsey Holmes said that there are “No further details are available at this time,” and that O’Riordan’s family was heartbroken upon learning the news of her death.

Right now, the cause of the singer’s death is not known, and an investigation is going on. Although she struggled with depression most of her life, Dolores O’Riordan’s kids were the best thing that happened to her, and she loved being a mother, “The best time in my life was the years spent at home with my family. I love being a mum. My kids don’t see me as a famous person, or have any kind of expectation; I’m just their mum.”

Dolores O’Riordan met Don Burton while she was on tour in the ‘90s. After a whirlwind romance, the two got married in 1994 at Holy Cross Abbey in Tipperary. Their reception was held at Aherlow House Hotel. The couple have three children together: Taylor Baxter Burton, Dakota Rain Burton, and Molly Leigh Burton.

In 2009, Dolores O’Riordan’s family had a home in Buckhorn, Canada. After their divorce, O’Riordan moved to Ireland, but her kids reportedly stayed back with their father in Canada.

Burton and O’Riordan’s blissful marriage came to an end in 2014 after 20 years of marriage.

On November 23, 1997, O’Riordan and Burton welcomed their first child, Taylor Baxter Burton. Before their son was born, it is reported that O’Riordan suffered from depression. But she explained how her first baby helped lift her mood.

In an interview, O’Riordan said, “The first time I felt the baby in my stomach I was so moved, it was such a beautiful feeling, that I sat down and wrote a song.”

In 2015, Taylor Baxter Burton graduated from Lakefield College School in Ontario, Canada. His Facebook page states that he is in a relationship with a girl named Alison Villeneuve.

On April 10, 2005, they welcomed their third kid, another daughter named Dakota Rain Burton. Like her father, she is very fond of horses.

Talking about horses, O’Riordan said, “Don, who’s a Canadian, loved horses. So being around the animals and enjoying the farm was an amazing experience. Then we decided to move to Canada to be nearer family. It’s a beautiful country with a lot to offer. We lived in a log cabin, surrounded by bears, wolves and all that great outdoor stuff.”

O’Riordan Was a Stepmother

Before marrying O’Riordan, Burton was married to Manon Sprong. The duo had a son together, Donny Burton.

Donny Burton lived with his father and Dolores O’Riordan for some time in their house at Big Bald Lake, near Buckhorn, Canada.