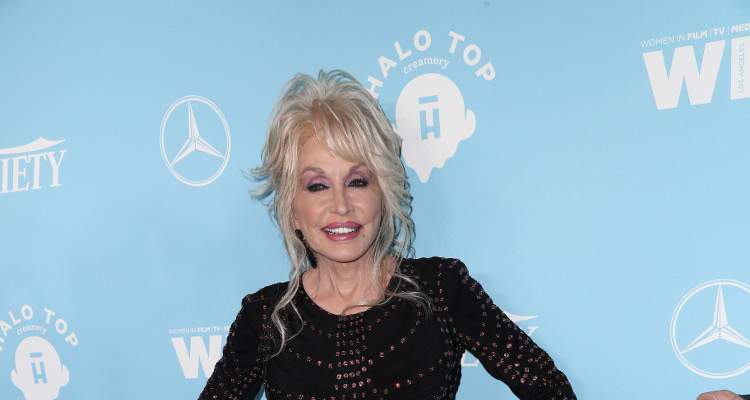 Dolly Parton’s movie, Christmas of Many Colors: Circle of Love aired last night and it was the perfect way to bid adieu to the holidays. Once again, we loved the heartwarming story of family, sacrifice, hardship, and love, and we may just have used up a tissue box or two! The 2016 movie is a true story about Dolly Parton’s family and their life in rural Tennessee. Keep reading to know everything about the Parton family.

Country music icon, Dolly Parton’s Christmas of Many Colors: Circle of Love is a beautiful reminder of all the things we love about the holidays. Watching the movie is now a holiday tradition for many.

After the made-for-TV movie aired on NBC last night, many fans are curious to know more about Dolly Parton’s dad, mom, and siblings. We’ve got the scoop on the Parton family and all its members,right here!

Grab the family & cozy up on the couch! Christmas of Many Colors will be on tonight on NBC at 9pm / 8pm CT! #CircleOfLove

A poor farmer and construction worker, Robert Lee Parton was born in 1921. He tried his best to provide for his family even though he was very poor.

The family struggled to make ends meet. So much so, that during Dolly Parton’s birth, her father paid the doctor with a bag of oatmeal.

My daddy has always been an inspiration to me and I'm so thankful for him. Wishing a beautiful #FathersDay to all the Fathers out there!

He Inspired He Charity

Dolly Parton’s Imagination Library is a nonprofit organization that provides books to millions of kids worldwide. It was inspired by her father, who wasn’t literate but was smart and could have done more if he had an education.

Parton said, “When I decided what I was going to do for a great charity, then I thought well I’m gonna do this: to get books in the hands of children, because if you can learn to read, if you can read, you can self-educate yourself.”

Robert Parton passed away in 2000.

Parton’s mother was born in 1923 in South Carolina. A homemaker and mother of 12, Avie Lee Parton, was the first musical influence in her daughter’s life. She was the one who encouraged her children to sing at home and in church.

I never forget how lucky I am to have had such a loving mother. ❤️ Happy Mother's Day to all the Mamas out there!

Dolly Parton remembers her mother’s love and care for their big family. She recalled a childhood accident where she almost lost her toes, and how her mother saved them.

“They put kerosene on it for antiseptic and momma took her sewing needles—she used to make our quilts and stuff, and she literally had to sew my toes back on. But they worked, and they healed, and I’m still walking on them,” said Parton.

Dolly Parton’s mother passed away in 2003.

The singer’s big family comprises of her 11 siblings, and it’s no surprise that music runs through their genes!

Christmas of Many Colors: Circle of Love shows the heartbreaking death of Dolly Parton’s brother, Larry Parton, just four days after his birth in 1955.

Parton’s other siblings are still alive, and most are involved in music, in one way or another. Her younger sister, Stella Parton, is also a singer and actress. She even appeared in Dolly Parton’s 2015 movie, Coat of Many Colors.

The country star’s other sisters, Cassie and Frieda Parton, are also singers. However, Frieda Parton is now an ordained minister who has a wedding chapel.

Parton’s oldest sister authored two books about the family’s life in the Smoky Mountains. Meanwhile, Rachel Parton, her youngest sister, is an actress and singer who appeared in the ‘80s sitcom, 9 to 5.

Three of Parton’s siblings—David, Coy, and Robert Lee Parton Jr.—prefer to keep their lives private and away from show business.

Dolly Parton’s uncle, Bill Owens, who makes an appearance in the Christmas movie, was the one who first noticed her amazing voice and gave her the big break that propelled her to stardom. He worked with her since she was 10 years old and took her to Nashville after she graduated from high school.

The main man in Parton’s life is her husband, Carl Thomas Dean. The couple have been married since 1966 and renewed their vows last year to celebrate their 50th wedding anniversary. Dolly Parton’s husband prefers to keep a low profile and is not often seen with the legendary singer.

If you’re wondering about Dolly Parton’s kids, the couple doesn’t have any. However, she is godmother to “Wrecking Ball” singer Miley Cyrus.

Spearheaded by the incredible Dolly Parton, there is a rich history of music in her family, who have definitely left a lasting legacy!