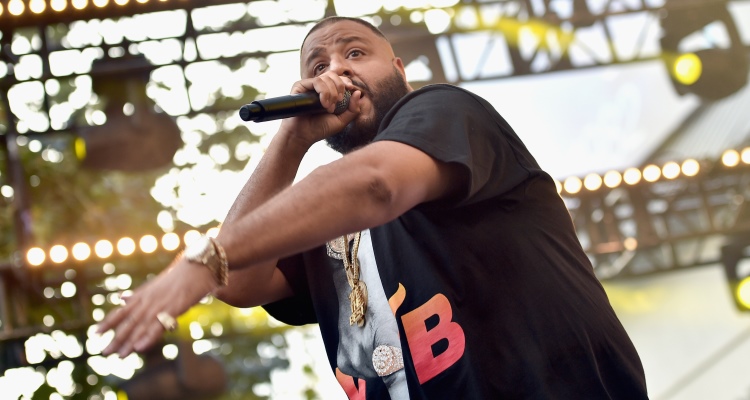 DJ Khaled was happy to announce two big pieces of news to the media this summer—the pregnancy of DJ Khaled’s fiance (not yet DJ Khaled’s wife, Nicole Tuck) and the release of his new book, The Keys. The couple are reportedly having a boy, so be prepared to hear more news on DJ Khaled’s son, as soon as he arrives this fall! The DJ has some great opportunities ahead of him beside fatherhood, as he will be hosting tonight’s BET 2016 Hip Hop Awards. For all of those details and facts about DJ Khaled’s songs, stay tuned for our DJ Khaled wiki.

The awards ceremony will be hosted by DJ Khaled and fans can tune into BET at 8 p.m. ET on Tuesday, October 4. The show won’t be streamed online and must be watched on the BET network on television. According to IBTimes.com, the pre-show will be available on BET.com. The awards ceremony will treat viewers to performances from top notch artists, including Gucci Mane, T.I., Lecrae, Desiigner, Lil Yachty, Lil Uzi Vert, D.R.A.M., Young Thug and Travis Scott. The full list of nominations is available on IBTimes.com or bet.com and include 14 nominations for Toronto-based rapper Drake! Other award nominations include: 2 Chainz, Desiigner, DJ Khaled, Kanye West, J. Cole, Kendrick Lamar, Chance the Rapper, Dr. Dre, Pharrell William, Future and more.

Fans of DJ Khaled see him on stage, and many wonder, how tall is DJ Khaled? The star stands at only 5 feet 6 inches!

His New Book Releases in November

DJ Khaled’s new book, The Keys comes out on November 22, 2016, and it will share his major “keys” to success. The book will “break down the philosophy behind his trending catchphrases,” according to publisher Barnes & Noble. Some of these catch phrases include, “another one,” “secure the bag,” “special cloth alert,” and “bless up.”

According to GotNetWorth.com, DJ Khaled is worth $30.0 million, despite his not-so-hot music career. DJ Khaled’s songs include, “I Got the Keys,” “Nas Album Done,” “All I Do is Win,” “No New Friends,” and more. It could be said that his wealth is highly attributed to his $3.8 million mansion in Miami, as reported by The Squander, his restaurant “Finga Licking,” and his successful career as a radio DJ.

He’s Known for His Quotes

DJ Khaled’s quotes are often seen as nuggets of wisdom about perseverance and success. Billboard released several key quotes from the rapper and Snapchat star. If you’re looking for inspiration, here are a few: “They kick you when you’re down, but they wanna kick it when you’re up,” seems to refer to fake friends who aren’t there when you need them, but seek to share your success when you make it. Another truth bomb dropped by the DJ says, “We gonna win more. We gonna live more. We the best.” His grammar may not be on point, but his ideas sure emit positive vibes!