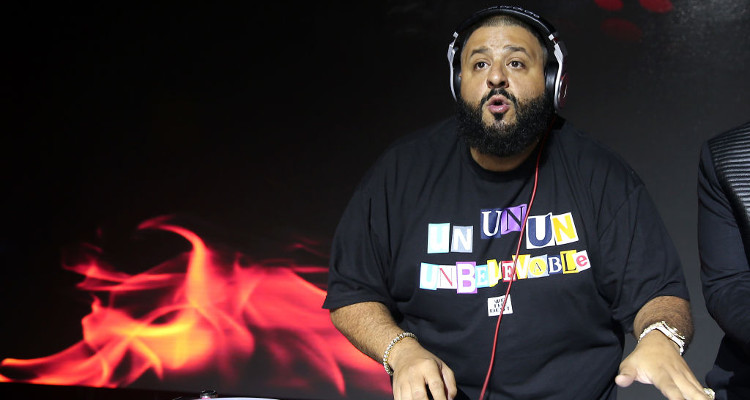 DJ Khaled is a sucker for his three-month-old son, Asahd Khaled. The social media enthusiast has posted numerous pictures of his son since the day he was born, and fans can’t get enough! But this time, someone else stole the show.

Musician, social media enthusiast, and “Human Meme,” DJ Khaled loves posting about his son, Asahd. The DJ with the Snapchat empire frequently posts on Instagram, and at least one of his daily posts is about his son. In a recent post, Khaled even named his baby as executive producer of his empire, after announcing a special press conference for Thursday (February 9). His 4 million Instagram followers are in awe of how much Khaled adores his son which made way for cute and funny memes about them. DJ Khaled’s new Instagram post has the little tot trying to walk. It has received mixed reactions but what stole the show from Asahd was a character no one expected. Check out DJ Khaled’s latest Instagram post right here.

DJ Khaled's son is the executive producer on his new album. Great knowing that a 3 month old is doing more in life than I have in my 24 yrs

You should know by now that DJ Khaled absolutely adores his son. The 41-year-old is known to post multiple clips of himself talking to his son and giving him a motivational speech. The latest on DJ Khaled’s Instagram and Snapchat show the star encouraging his son to take his first steps.

The clip posted shows the doting father hold Asahd as he takes one step after the other. While some are gushing about the cute factor, many hawk-eyed netizens pointed out an unexpected presence in the background. No, there’s no paranormal presence! Sitting on the white couch in the background is one mean-looking cat that has a striking resemblance to the iconic Grumpy Cat. First of all, since when has Grumpy Cat lived with DJ Khaled? Or is the sour-tempered feline among the many artists featured on DJ Khaled’s new album?

“Is it just me or does it look like the cat behind them is planning something bad???” was one of the many comments on the cat photobombing the picture. Grumpy Cat just proved he’s timeless! It’s amazing how netizens would rather talk about the cat than Asahd Khaled. It’s probably because Khaled documents everything about his infant son on social media from the time he was born. As a few fans pointed out that Asahd needs a break from the camera.

Grumpy Cat and Living Memes aside, a few concerned fans pointed out that at three months old, Asahd is too young to be made to walk. We love that Khaled is the ideal encouraging dad everyone hopes to be or have, but we hope he’ll give Asahd a break and turn the camera to Mr. Grumpy Cat at the back.

I Cant wait for the day I get to chill like that with my youngking(son) this is what I call happiness. BigUp to @djkhaled pic.twitter.com/iFrDPh2acL