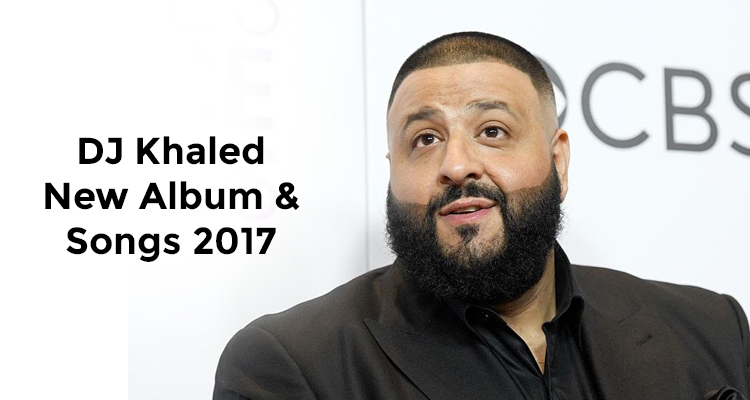 DJ Khaled has recently been very busy in the studio working on a new album. He has constantly posted about his upcoming album on social media and is hinting at potential collaborations with some famous artists.

There’s no such thing as a day off for DJ Khaled. From his numerous Instagram posts, you can tell he spends a lot of time with his son, Asahd, and fiancé, Nicole Tuck, while also making time to be the “living meme” he is. He had a hilarious hockey match with Justin Bieber, and collaborated with outdoor footwear brand Timberland to launch a special version of the “Secure the Bag” boot. He will also be seen on The Voice season 12 mentoring potential artists in Coach Alicia Keys’ team along with other mentors Luke Bryan, John Legend, and Celine Dion. Between all this, he also has time to spend in the recording studio, making new music for 2017 with some famous musicians. DJ Khaled has a new album on the way and we’re extremely excited. You’ll find everything there is to know about DJ Khaled’s upcoming new album and new songs in 2017 right here.

DJ Khaled Announces a New Album in the Works

The 41-year-old took to his Twitter and Instagram on Christmas last year to give a fans a present. He announced that he’s working on a new album and will be releasing it in 2017. It will be a follow-up to his ninth studio album, Major Key, in 2015 which debuted at the top of the Billboard 200 charts.

“#2017 new album coming! I produced some very special  #2017 secured @wethebestmusic”, Khaled posted on Instagram which got a large response from his 4 million followers. A major commonality in all the posts about the new album is the phrase “IM UP TO SOMETHING [sic]” adding the key emoji.

Since his December announcement, DJ Khaled has been updating fans with regular posts of the album’s progress. His Instagram has revealed that some major artists are collaborating on his album, making it one of the most anticipated albums this year.

Chance the Rapper is one person that will be collaborating with Khaled on this new album. Khaled had posted a picture of the Chicago artist recording in the studio with him standing on the other side of the glass panel. Chance the Rapper has produced tracks featuring Travis Scott and Migos for DJ Khaled’s new album.

IM UP TO SOMETHING ALERT!! Fan luv here's a update !!! @chancetherapper is in the booth ! FAN LUV REMEMBER EVERYTING TOP SECRET !! @wethebestmusic!!!! 🙏🔑🙏🦁🔑🎶🔊🎶 #DJKHALED NEW ALBUM IN THE WORKS !

Khaled also posted an “Icon Alert” on Instagram showing that he’s working with Mariah Carey and Travis Scott. Justin Bieber is also a probable collaborator on DJ Khaled’s new album, as he mentioned being “up to something” in the same post with Bieber beating Khaled at hockey. The DJ will be mentoring artists in Alicia Keys’ team on The Voice premiering February 27, and by the looks of it, Keys is returning the favor by appearing as a featured artists on Khaled’s new album.

Rick Ross, who has appeared in every one of Khaled’s albums and has featured on 31 tracks produced by him, is yet to been seen in the studio with the DJ. But we’re sure it’s just a matter of time before they’re together again.

DJ Khaled scored his first No. 1 on the music charts with his last album. Major Key was star-studded with artists like Drake, Jay-Z, Nicki Minaj, Rick Ross, Kendrick Lamar, Chris Brown, Meghan Trainor, and many more. Major Key has been nominated for Best Rap Album at the 2017 Grammy Awards which will be held on February 12.

Watch out for the album announcement and more news on DJ Khaled. In the meantime,  DJ Khaled will be seen at the 59th Annual Grammy Awards and on The Voice while hopefully posting more updates about his album on social media.