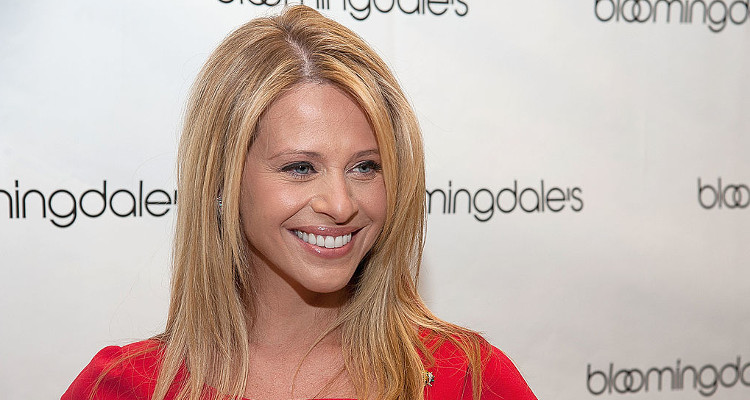 Dina Manzo was one of the stars of The Real Housewives of New Jersey and her own spin-off show. The reality star and her boyfriend were attacked and hospitalized after robbers broke into their home.

Who is Dina Manzo?

Dina Laurita was youngest born to a family of 11 children in Brooklyn, New York. The family moved to New Jersey when Dina was six years old. Her first television stint was on VH1’s My Fabulous Wedding, when she was marrying Tommy Manzo. She then appeared in the first two seasons of RHONJ and became a household name. After taking a break from the show, she returned in Season 6. She however, left the show again when she moved to California. She has a daughter, Lexi Ioannou, who has also appeared on RHONJ.

Manzo is an interior designer and has hosted her own party planning show on HG TV called Dina’s Party and Mad Fashion. Her sister, Caroline Manzo, was also on RHONJ and were known to always be at odds with each other. Her brother’s wife, Jacqueline Laurita, is also on RHONJ.

She launched her own skincare line called Glow and now runs the non-profit, Project Ladybug that helps children diagnosed with cancer and their families pay for medical bills and other expenses. The 46-year-old has earned a net worth of $4.5 million in her career.

Nothing like a mama daughter bond. @bohochicken Goes back to NYC today. Everyone tell her to move to California when she's done with school. Thanks! ❤️

Dina and Tommy Manzo had a lavish wedding ceremony attended by 600 guests with a price tag of $1.1 million. The wedding was featured in an episode of My Fabulous Wedding on VH1. Tommy and his brother run an event establishment business called The Brownstone, which consists of a bakery, catering company, and an event center.

Tommy Manzo’s net worth is said to be around $8.0 million.

Their marriage wasn’t said to be an ideal one. It’s alleged that Tommy was unfaithful to Dina even before they married, but she forgave him. But it appears as though she couldn’t tolerate his cheating ways for long and divorced him. Their divorce was highly publicized with cheating accusations flung at Dina Manzo.

She returned to RHONJ Season 6 during her divorce proceedings to have more independence. She was also shown dating on the show. Their divorce was finalized in 2016.

God I hope there's no bugs in this flower ? #puertorico

Dina is now dating David Cantin, a 37-year-old millionaire businessman. He makes his money as an entrepreneur and life-business strategist. He’s also a philanthropist and they met through Dina’s, Project Ladybug. He was diagnosed with leukemia in 2011 but fought hard and after five years was declared cancer free. He now helps those with cancer seek the treatment they need.

Straight out of high school, Cantin began working. By 19, he was making $200,000 a year as a car salesman. The next year, he was raking in $300,000 as one of the youngest finance managers in the industry. At 21, he was a general manager, leading 80 employees. He is now the co-owner of the largest and most prosperous car dealership in the world.

What Happened to Dina Manzo?

This past weekend, Manzo and Cantin were in New Jersey for Manzo’s former co-star and good friend, Teresa Giudice’s daughter, Audriana’s, first communion. Manzo is Audriana’s godmother. They were staying at their home in Holmdel, New Jersey.

According to police reports, the couple arrived home after the celebration on Saturday night (May 13) and opened the front door. Two masked assailants who were already inside the home attacked them. One attacker struck Cantin with a baseball bat several times while the other punched Manzo multiple times. The robbers bound them together in the home and made away with cash and jewelry.

After they left, Manzo and Cantin were somehow able to free themselves and call the police. The authorities are investigating the matter and further details haven’t been disclosed. The couple is being treated for facial injuries and are expected to make a speedy recovery.

A rep for Dina Manzo and David Cantin released a statement: “Dina and David are obviously shaken up from the traumatic and violent home invasion and robbery.  No one should ever have to go through what they did. They are grateful to law enforcement and the other emergency responders and appreciate everyone’s concern and well-wishes.”