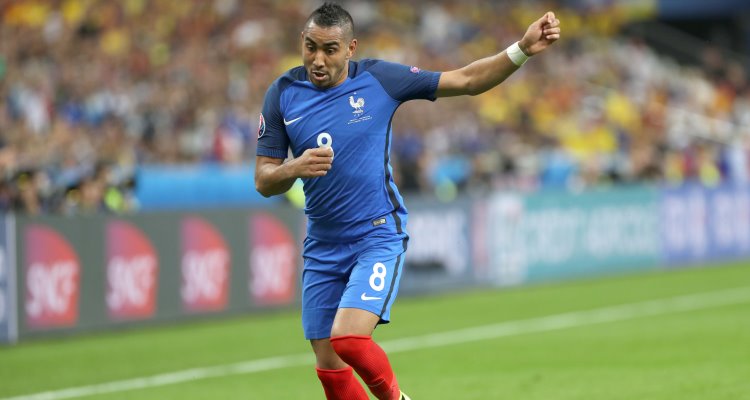 A lot of eyes are on Dimitri Payet and the rest of the France national team as the hosts of the Euro 2016 tournament prepare for their semifinal match with Germany on July 7. And when you’re this big, the attention isn’t just on you but your personal life as well, including your wife and kids. As such, searches along the lines of “Dimitri Payet parents” and “Dimitri Payet wife” are through the roof. If you’re interested in learning more about the Dimitri Payet family, read on for four facts about the star player and his life beyond the football field.

His Family Is Private but Supportive

Dimitri Payet’s immediate family consists of his wife, Ludivine Payet, and their three kids: Noa (age 7), Milan (age 2), and Pharell (less than one year old). We’ve discussed his wife at length before, but here’s a recap of the important details: the family is very private but happy, the couple will talk to the press but not go out of their way for attention, and Ludivine and Noa regularly attend Dimitri’s games with Milan now starting to get to be present.

His Son Is His Number One Fan

And when Noa does go to games, he makes it clear just how highly he thinks of his famous dad and how, despite the legion of fans that Dimitri Payet has, nobody is a bigger one than his son. When asked about his dad’s performance, young Noa said it all: “My Dad takes the best free-kicks in the world!” It’s a safe bet that when little Milan is old enough to have a better idea of what is going on at his daddy’s games that he will share a similar sentiment to that of his older brother.

In the very first match of the Euro 2016 event, when France defeated Romania 2-1, it was Dimitri Payet who scored the winning goal very late in the game. Being the host country and winning at such a crucial moment—a draw seemed all but imminent—combined with the reaction of the home country crowd caused Payet to become very emotional, and his tears falling without restraint. Once the timer buzzed, he quickly left the pitch to celebrate with teammates and family alike; Ludivine, Noa, and Milan all were in attendance. Many pics showed how much the man of the hour loved and cherished his kids and, again, how proud his family is of him as he held his sons high in the midst of his receiving a standing ovation.

He Credits His Dad with Saving His Career

In case searches of “Dimitri Payet ethnicity” and “Dimitri Payet parents nationality” or the national team he plays on weren’t indication enough, Payet is very much French. More specifically, he is from the French isle of Réunion, located in the Indian Ocean and closer to Africa than it is to France. And, it’s where Payet was ready to live out the rest of his life if it had not been for his father. Returning to the island traumatized following a poor showing with the Le Havre AC and constant accusations of being unmotivated, the only reason he gave football another go is because his father, Alain, and uncle, Jean-Marc, spent a long time arguing with him about why he should get back on the horse. They ultimately convinced the future star to aim for a life beyond Réunion, which his father never got.