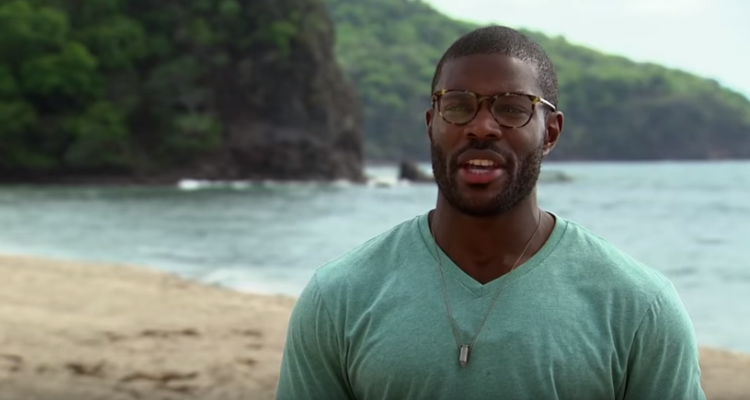 What’s the deal with Diggy? You’re not alone with that question because fans want to know more about Kenneth “Diggy” Moreland from Bachelor in Paradise. If you’re interested in getting to know him better before the season is over, then you need our Diggy Moreland wiki!

Diggy Moreland’s net worth is unknown (sorry aspiring gold diggers), but is age is 31 years old, he’s 5’11”, and is a senior inventory analyst with no tattoos. There’s little to no information on Diggy Moreland’s family but we know he’s thought about starting one of his own, as soon as he finds the right woman!

If you’re looking for Diggy Moreland’s pics, then head over to his Instagram account! The Bachelorette alum can be seen enjoying himself on this season of Bachelor in Paradise and he has over 34k followers already—not bad for an analyst!

There’s no sign of Diggy Moreland’s girlfriend just yet, but if all goes well this season, that might all change. Ladies will be interested to know that he considers himself a feminist, according to his Glamour interview.

He Loves to Shop

Girls aren’t the only ones who wanna have fun! Diggy enjoys the mall just as much as the girl he might end up with, and trying to stop his flow is a deal breaker. He got into the details of what he will and won’t stand for in a relationship, and we are positive women out there are reading this in agreeance with him! Loves to shop, hates mess? This guy’s a keeper!

“One, me not being able to shop,” Diggy told Glamour. “If me not being able to shop is a deal breaker, we can end that right there. Me spending too much on whatever is definitely a deal breaker if you’re gonna try to limit that. Another thing is someone who’s extremely messy. I get that some weeks are busier than others, but if you’re really dirty and never clean it up, it would probably drive me up the wall. And I guess somebody who likes to argue all the time. Somebody who always has to be right.”

Diggy and Lee Spoke Off Camera

Lee was the villain of season 13 of The Bachelorette and he was best known for his shady ways, his racist remarks, his “snake-like demeanor, and his constant fights with Kenny. But it turns out that Diggy had a few words for Lee that never made it on air!

“No, we did. I mean…that’s the thing. What everybody sees is the edited version. We had a conversation but they didn’t show it,” Diggy said to Huffington Post.

He continued: “Watching recently, I was extremely furious about how he treated Kenny, one of my closest friends in the house, one of the best guys I ever met and the fact that Lee tried to provoke him and to portray him as ‘aggressive,’ that really angered me.”

We will get to see more of Diggy tonight as Bachelor in Paradise airs on ABC at 8:00 p.m. Don’t miss it!