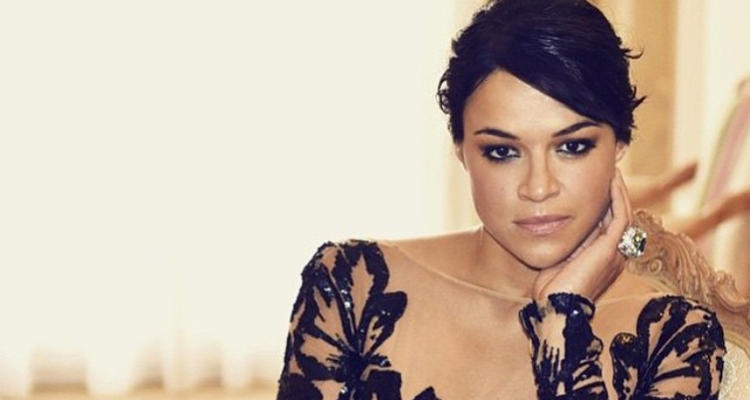 Drugs and death go hand in hand not just in Hollywood but in almost all parts of life. Either it’s death due to a drug overdose or being dragged into drug abuse soon after losing loved ones. This is surely a sad part of Hollywood’s history and it’s now been repeated again. The world is shocked to learn that actress Michelle Rodriguez turned to drugs to cope with Paul Walker’s death.

We’ve known how the cast and crew of Fast and Furious movies were like a family, and we were surprised to hear about the sudden death of one of the lead stars, Paul Walker, in 2013. But, the late actor’s co-stars Vin Diesel, Tyrese Gibson, and Michelle Rodriguez, felt the loss the worst. While Diesel and Gibson keep attributing the blockbuster success to their demised “brother” Paul Walker, it seems that Rodriguez struggled to deal with Paul’s death in a different way.

According to a TMZ report, Michelle Rodriguez recently confessed that she took heavy psychedelic drugs to deal with death of her co-star. Rodriguez said she misses Paul Walker every day as the late actor had done several Fast and Furious movies alongside her.

Rodriguez’s revelation that the actress took drugs to cope up with Paul’s death is a shock to us as. She talked about it by saying, “Just physically what could I do to get mind off existentialism and how transient life is [sic].” Rodriguez even confessed that Walker’s sudden death made her “jealous” of him going to the heavens first. Well, it’s sure to say that everyone misses Paul Walker just like Michelle Rodriguez. We hope that the 37-year-old actress stops taking drugs and soon, comes to terms with Paul Walker’s death in a healthy and constructive way.