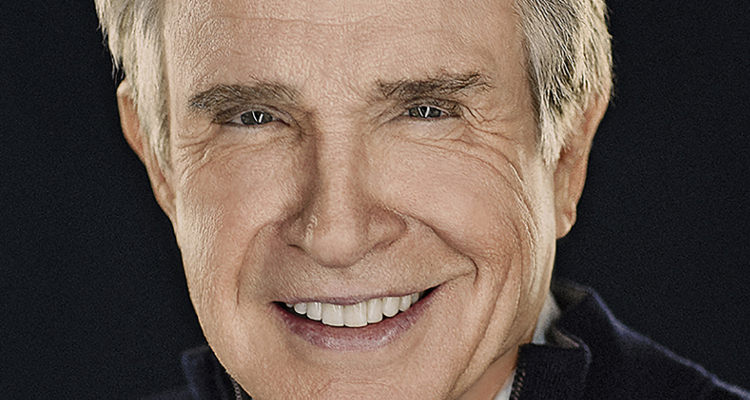 Even the most gullible believer is asking, “Did Warren Beatty really sleep with 12,000 women?”. This is the question on everyone’s mind ever since an unauthorized biographer by the name of Peter Biskind made claims that the actor had bedded almost 13,000 women throughout his long and eventful love life. Since the claim was made in 2010, Beatty himself has maintained silence on this matter. That is, until now. In his first interview in nearly 20 years, Beatty says that number is not correct. AARP Magazine is featuring him on the cover of their upcoming October/November 2016 issue, and naturally, the allegations of his long list of lovers came up in the cover story interview. Now, since he’s broken his silence on the matter, many are speculating whether the claim is accurate.

There has never been any doubt that the actor has a way with the ladies. Ever since Beatty was a teenager, he has been a hit with women in general. If you look at old photos of Beatty in the 1950s, you’ll see why. Beatty was certainly very handsome in his day, which might be why many assumed the rumors of his lengthy list of lovers was true. Women have fawned over Beatty ever since he started his career in Hollywood as an actor. Over the years, Beatty has had relationships with many glamorous and famous women. Some even include Madonna, Natalie Wood, Barbra Streisand, Carly Simon, and Janice Dickinson.

Beatty has not spoken about his personal life to anyone, but now after two decades of silence on the matter, he has spoken about his personal life to AARP Magazine. Regarding the biographer’s claim that he slept with 12,775 women, Beatty says that this figure is incorrect. He does not deny that he has had many relationships over the years, but this claim is simply not feasible. In his own words Beatty says, “Think about it, sleeping with 12,775 people. That would mean not just that there were multiple people a day, but that there was no repetition.” If you think about it, it is pretty hard to believe.

To give the actor credit, he didn’t deny his reputation as a Lothario. He said “Look, I never mislead anyone. And… and I’m a nice guy.”

There is no doubt that Beatty is a nice guy. Why on earth would so many women agree to be with him if he wasn’t? He certainly exudes that sense of charm, and in the ’50s with that killer smile and those boyish good looks, he became a Hollywood heartthrob in no time. It’s also evident that Beatty wasn’t just a pretty face; he’s earned the title of exemplary actor, scriptwriter, producer, and director as well. It’s no wonder he has received 49 award nominations to date for his work in cinema, and has won a total of 37 awards. He even won the Best Director Award for the film Reds, which he also co-wrote. In 1999, Beatty was awarded the Irving G. Thalberg Memorial Award—the Academy’s highest honor. He has won six Golden Globe Awards in his long distinguished career as well.

Beatty says one big reason that he has been involved with so many women is that he married very late. Beatty married actress, Annette Bening when he was in his mid-fifties, in 1992. Beatty explained to AARP, “I waited a long time to be married. When you don’t get married till you are 54… well as Arthur Miller said ‘It comes with the territory’”. Beatty may have married late, but he married well. He and his wife have four children together. Beatty says he always wanted to have children and be a good father. When he met Bening, he knew the time to settle down had come.

Beatty is now 79 years-old, but he still has a strong passion for making movies. His first film in 18 years, Rules Don’t Apply, is about to be released in November 2016. Beatty has written and directed this film, aside from acting in it as well. Younger film goers might not know who Beatty is, but his older fans certainly can’t forget his most memorable movies which include, Splendor in the Grass, Heaven Can Wait, Bugsy, Bonny and Clyde, Shampoo, and Dick Tracy. Time and age have not taken away the charisma of this iconic actor, who stole a million hearts with his incredible good looks. Today, Beatty is at peace with himself and is as enthusiastic about cinema as he was when he first started out many, many years ago.