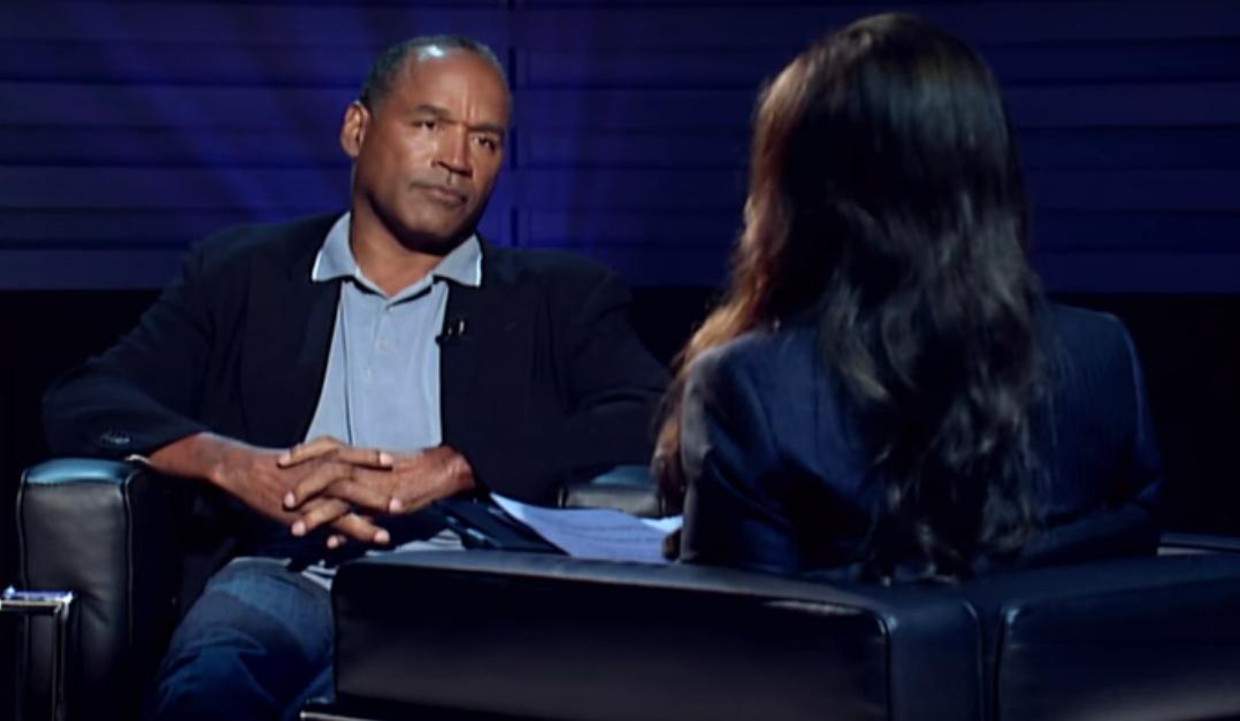 O.J. Simpson may be out of prison, but he’s certainly not out of the limelight. He was found “not guilty” for the murders of Nicole Brown and Ron Goldman. But a “lost” 2006 interview of O. J. Simpson has revived the frenzy surrounding him. Did O. J. confess to the murders in the interview? Here’s what you need to know.

Since being released from prison five months ago, O. J. Simpson has kept a low profile. But the sensation surrounding him refuses to die. Where is O. J. Simpson now?

Simpson was out on parole in October 2017. While the NFL star-turned-felon enjoys his new-found freedom, an old interview is back to haunt him. Fox aired, O. J. Simpson: The Lost Confession?, where he supposedly detailed his involvement in Nicole Brown and Ron Goldman’s murders.

Here’s what O. J. Simpson said in the interview.

In 2006, former football icon O. J. Simpson sat down with Judith Regan for an interview. The interview never aired back then because of objections raised by several people. The network claimed the recording was lost, that is, until now.

On March 11, 2018, Fox aired the two-hour special, O. J. Simpson: The Lost Confession? The football star detailed the hypothetical scenario of Nicole Brown and Ron Goldman’s murders. The O.J. Simpson interview is based on the book, If I Did It.

If you followed the case or watched American Crime Story’s captivating retelling of the most sensational trial of the ‘90s, then you already know that O. J. Simpson was found not guilty of double murder in 1994. He was, however, arrested in 2007 for armed robbery and kidnapping.

Simpson was found liable for Brown and Goldman’s deaths in a 1996 civil suit. He was ordered to pay $33.5 million to the victims’ families then.

In Sunday night’s gripping interview, Simpson and Regan covered several aspects of his publicized trial and a chapter from the book, titled “The Night in Question.” When asked about it, Simpson gave a hypothetical scenario to Regan about his involvement in his ex-wife’s murder.

According to the book and Simpson’s interview, he was friends with a man named Charlie. Simpson explains that Charlie informs him that he wouldn’t believe what was going on over at Brown’s house.

Simpson goes on to recount that he took a knife from Charlie and his memory blanks from there.

“Taking the knife from Charlie, and to be honest, after that I don’t remember. Except I’m standing there and there’s all kind of stuff around … blood and stuff around…” Simpson says in the interview before breaking out in laughter.

Simpson mentions the glove, which was the focal evidence in the trial. He goes on to describe disposing of the clothes and other details about the night. But he claims that he has no memory of the brutal slayings.

After this interview aired, Christopher Darden, who was the O. J. Simpson trial’s prosecutor (along with Marcia Clark), was asked about his opinion.

Darden’s initial reaction was to bluntly say, “I think he’s confessed to murder.”

Social media is divided over this interview on whether O. J. is confessing to the murders. The hashtag, #DidOJConfess, was trending within minutes of the broadcast.

This interview was based on the book written by ghostwriter Pablo Fenjves. However, it’s believed that Simpson is the original writer.

The book gives the “hypothetical” account of the night of the murders. However, Simpson’s former manager, Norman Pardo, claims that O. J. was not involved in the book. Simpson was reportedly paid to claim authorship of If I Did It.

The amount of laughter coming from OJ Simpson during this interview is uncomfortable and unnerving. #DidOJConfess

It’s debatable whether to take the book as fact or fiction. Nonetheless, the murder scenario depicted in it is hypothetical, as the author clarifies.

Similarly, O. J. emphasizes repeatedly in the interview that “The Night in Question” is a hypothetical account.

However, social media and Christopher Darden are not buying it. Even if he claims it’s a fictional scenario, Internet denizens and the prosecutor felt that Simpson’s mannerisms say otherwise.

From his bouts of maniacal laughter to justifying domestic abuse, social media believes that this is more than just a hypothetical confession.

Darden went as far as to say that he wouldn’t have objected to the airing of this interview if he knew Simpson would confess. He believes the notion of “Charlie” is O. J.

“This is no hypothetical,” Darden says. “This is reality.”

Regan was with Darden on the panel. She recalled that Simpson agreed to speak on hypothetical terms to “to maintain deniability with the children.” However, she was convinced that he was the murderer.

Now that he’s out on parole, Simpson is living his retired life in Las Vegas. He’s reportedly living in a friend’s home and spends time playing golf.

O.J. Simpson has been spotted in Las Vegas several times over the months.